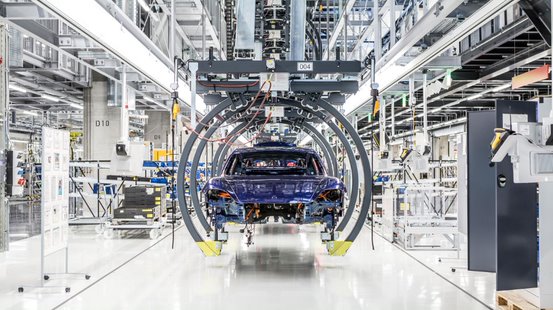 Cumulative electric vehicle sales in India’s national capital have topped 50,000 units this month with EV ‘s accounting for over 12.5 percent of all new vehicle sales, a senior state government official said on Thursday.

The Delhi state government had rolled out its maiden EV policy 2020 which extended a host of incentives over and above the central government’s FAME 2 scheme to customers. One of its stated targets was to electrify 25 percent of all new vehicle sales by 2024. Within two years, the state has achieved half of that target, the official said.

“Back in 2020, the share of EVs was just 1.2 percent. In the first quarter of this calendar year, the share was over 10 percent. In fact, in March, it was over 12.5 percent, which is halfway to our stated target of 25 percent EV sales by 2024,” said Jasmin Shah, Vice Chairman, Dialogue and Development Commission of Delhi. “Since the rollout of the policy, cumulative EV sales have also crossed 50,000 units–50,401 to be exact as on May 15. The largest share in this at 39 percent is electric two-wheelers followed by e-rickshaws at 37 percent and cars at 5 percent.”

While over a dozen states have announced EV policies of their–some offering even better incentives, the EV policy of Delhi is considered to be one of the first comprehensive policies providing a template for others. Besides waiving off-road tax and registration charges, it also provides incentives of a maximum INR 30,000 for two and three-wheelers and INR 150,000 for four-wheelers. Earlier this year, the ambit of the policy was expanded to include electric cycles as well.

“The success in Delhi shows that fast EV adoption is possible if the right policy is implemented in a timely and transparent manner. Our incentive disbursement process is transparent and money is transferred directly to the consumer’s account through DBT within 7-10 days,” he said.

“Alongside that, we realized early on that EV adoption is not going to take place through large vehicles but with two and three-wheelers. So our focus was there,” he added. “There is a strong impetus to building charging infrastructure as well. The city has 915 charging points including 165 battery swapping junctions and one of the lowest tariffs in the country of just INR 4-4.5 per unit.”

On top of these, there are also 200 private charging points while another 150 are being set up. The government has also used mandates in specific segments to increase electrification. For example in the case of auto-rickshaws, it gave licenses only to electric autos for 4,000 recently. Similarly, it has been decided that all fresh city bus purchases would only be electric. The Delhi Transport Corporation recently concluded the purchase of 300 buses. It also won an allocation of 1500 buses under CESL’s grand e-bus challenge that was concluded recently with Tata Motors bagging all the contracts.

To provide for the subsidies for EVs, the government has imposed a cess on diesel vehicles but Shah added that the center should extend some incentives for better performing states.

“We are at the forefront of electrification but without any help, we will start feeling the churn of the incentives on our balance sheet. Better performing states should be extended some benefit,” he said. “We aim to add 5,000 more buses to our fleet but some relaxation in policy is needed.”