How do Electric Vehicles Operate? EV Parts and their Purposes 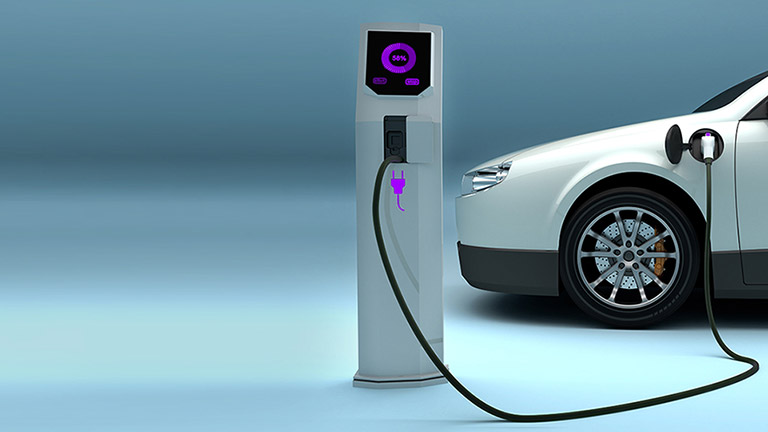 As demand for these zero-emission versions grows globally, electric vehicles are experiencing a moment of awakening. In addition to having no exhaust emissions, electric automobiles also have much cheaper ownership costs than those driven by conventional internal combustion engines (ICEs). Given their lower ownership costs compared to gasoline or diesel vehicles, people perceive electric cars to be more inexpensive, but they are also simpler to maintain.

This is so that they are more affordable than vehicles powered by fossil fuels. A battery pack, power control unit, electric motor, transmission, and battery charger are the essential parts of an electric vehicle.

Motor
The electric engine is a crucial part of any EV. An electric motor that operates on AC power receives juice from the battery pack. The energy control module converts the DC electricity from the battery pack into AC power for the motor. The motors supply the axles with power, enabling them to turn the wheels. The number of motors increases the vehicle’s horsepower and speed. A maximum of four motors, each driving one wheel, can be used by an EV.

Battery Pack
The battery pack functions as the engine of an electric vehicle. The range and power of an electric car are determined by its battery pack. A battery pack can be described as both a boon and a bane because, in addition to determining the car’s range, they are also very expensive and weigh a lot. Typically, an electric car’s battery pack is arranged as a large flat panel under the vehicle’s belly. It has more compact modules, which itself have more compact cells. The energy needed to power the vehicle is stored in the batteries. Additionally, it powers other car parts like the light and dashboard elements.

Transmission
The gearbox is largely unnecessary with electric motors. Electric vehicles have a transmitted signal system in place of the multi-speed gearboxes found in fossil fuel-powered vehicles. Electric vehicles use drive mode selectors instead of standard transmission systems, which are less complicated and have fewer moving parts than traditional gearboxes.

Power Control System
The power control unit is a crucial component that transforms DC power from the battery into the AC power that most electric motors require. An inverter, a part used to power laptops or other devices using the 12-volt plug in the car’s dash, is used to finish this operation. The drivetrain is connected to the accelerator, start button, and drive mode controller by a power control unit. Additionally, it controls regeneration, which is how an EV sends energy back to the battery pack when braking.

Although the electric grid delivers AC electricity, batteries store energy in the form of DC. To connect the vehicle’s battery to the grid, a battery charger is necessary. The charger not only charges the battery pack but also changes AC electricity to DC. Electric vehicles have a variety of charging options. These comprise conventional home chargers, quick chargers, etc.