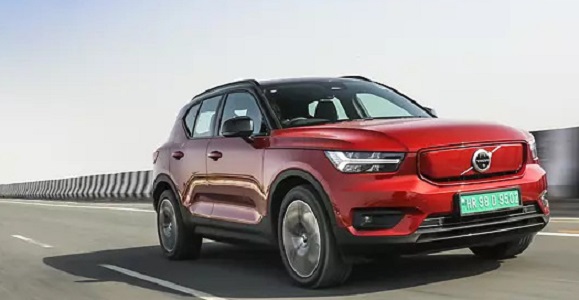 Volvo Car India has announced the rollout of its first locally assembled luxury electric SUV, the XC40 Recharge from its Hoskote plant near Bengaluru. The Volvo XC40 Recharge was recently launched in India at an ex-showroom price of Rs. 55.90 lakh. The move is in line with the brand’s aim to become an all-electric company by 2030.

Jyoti Malhotra, Managing Director, Volvo Car India said that the brand announced the commencement of their all-electric offering the XC40 Recharge in May and today they witnessed the first car rolling off the assembly line at our Hoskote plant near Bengaluru, Karnataka. He believes that it strengthens their commitment of offering the Indian market a new electric model every year.

Pascal Kusters, Volvo’s Car Plant Head comments that the brand’s journey to an all-electric luxury car maker in India begins with this rollout. Volvo’s current range of internal combustion engine cars are being rolled off from the Hoskote plant as well.

Recently, Volvo had introduced its new 2023 lineup of petrol mild-hybrid versions of the XC40, S90, XC60, and its flagship model, the XC90 in India.

The Volvo XC40 was updated with a 2.0 litre turbo-petrol engine paired with a 48-volt battery. Transmission duties are taken care of with an 8-speed torque converter automatic gearbox, the powertrain produces 197hp and 300Nm torque, 7hp up from the previous model. An additional safety feature offered with the Volvo XC40 mild hybrid is the blind spot information system (BLIS) with cross-traffic alert.