More
HomeEV ChargersDelhi to get 100 electric vehicle charging stations in... 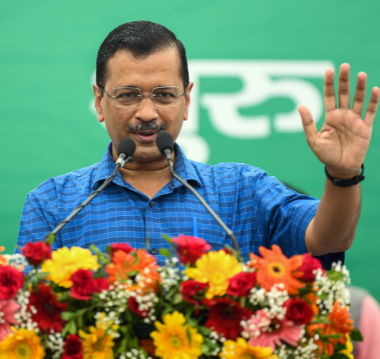 Chief Minister Arvind Kejriwal inaugurated 11 electric vehicle charging stations in the national capital on Tuesday. Delhi will get 100 electric vehicle charging stations in the next two months, the CM said while speaking at the event.
The 100 EV stations that are to be set up in the next two months will have a total of 900 charging points and 103 swapping stations. The 11 EV stations launched today will have 73 charging points and 12 swapping points.
The new model of charging has the swapping station and charging point together unlike before when the two used to be set up differently.
Kejriwal said that 70 per cent of the 11 new charging stations will be installed in metro sites so that people can plug in and leave their vehicles on charging.
In August 2020 when Delhi’s policy was rolled out, we did not expect progress, CM Kejriwal said. The target was that in 2024, 25 per cent of the vehicles bought in Delhi should be electric he said adding that today, 10 per cent of the vehicles bought in the city are electric.
In the last two years, as many as 70, 000 EVs have been bought in Delhi. The city has left behind global cities like New York and California in the conversion of vehicles to EVs. The major role in this change has been in charging stations, the CM said.
Currently, the city has as many as 2,900 charging points, and 250 swapping stations in locations like malls, theatres, RWAs (Resident Welfare Associations), public offices, and metros to facilitate citizens.
The new charging stations have been made by DTL (Delhi Transco Limited) under the PPP model. In the PPP model, the government has given private entities landat low prices and a 100 kW power network while the other aspects of the manufacturing are taken care of by the private firm.
CM Kejriwal explained the cost-effectiveness of using electric vehicles in detail. He said that at the charging station electricity is being charged for Rs 3 per unit. This means that while a petrol-run scooter costs rs 1.75 per km, charging an EV costs only 7 paise per unit. Similarly, while a CNG three-wheeler costs users Rs 2. 62 paise per km, an EV cost 8 paise. Petrol four-wheelers cost Rs 7 per km while users have to pay only 33 paise per km if they charge their electric four-wheelers at the charging stations, the CM said.