More
HomeEV NewsEV Manufacturers are Hopeful about Providing Riders with a... 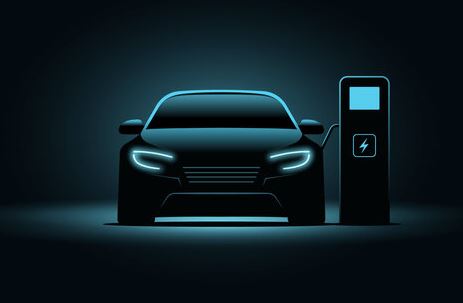 The ultimate test of EVs, especially two-wheelers, will happen once more with the start of summer in 2019, as India goes crazy with the adoption of EVs. EV manufacturers and network providers claim that they have learned from the mistakes of 2022 and are ready to give passengers a more secure and safe experience.

In the first half of 2022, dozens of EVs caught fire, some even in showrooms, causing some injuries and prompting numerous investigations from the government and relevant ministries.

The adoption of EVs is growing, and they are ready to offer passengers a secure and safe experience, according to Gunjan Malhotra, Director, Komaki Electric Division, because of the growing need to lessen dependency on imported oil and the rapidly depleting fossil resources.

“Komaki provides ultra-modern EVs outfitted with heat-resistant Lithium Ion Phosphate (LiPO4) batteries in order to realize the vision of safe and dependable EVs on Indian roads. LiFePO4 batteries are more secure against fire even in the worst-case scenarios. LiPO4 is extraordinarily safe and efficient because of the iron-containing cells and superior fire resistance, “Malhotra explained.
Another factor contributing to the increase in EV demand is their low emission level, which is expected to fuel market revenue development over the course of the projection period.
EVs emit fewer air pollution and carbon emissions than other petrol or diesel-powered cars.
By not contaminating the environment with smoke or dangerous pollutants, these cars also help maintain a sustainable environment. As a result, there is intense competition between brands in India’s lucrative market for electric two-wheelers.

Mahendra Nath Pandey, the minister of heavy industries, said last week that the ministry has put into place a program called “Faster Adoption and Manufacturing of Electric Vehicles in India Phase II” (FAME India Phase II) to encourage the use of electric and hybrid vehicles in the nation.

Currently, Phase II of the FAME India initiative is being executed with a total financial assistance of Rs 10,000 crore for a period of five years beginning April 1, 2019. According to Statiq’s founder and CEO Akshit Bansal, the year 2022 has been extremely important for building the nation’s infrastructure for EV charging stations.

“Indeed, from just 1,000 publicly available chargers at the start of the year, it was believed that number had risen to almost 1,800 by the middle of the year, and that number has since risen to about 2,500 as the year is coming to a close, highlighting a consistent growth path. The upcoming year holds great promise for EV charging stations in the country, which now has a market with over 13 lakh EVs, including 2Ws, 3Ws, and 4Ws, and is continuing to expand.

“Private investment would now also play a bigger role in this sector due to the government’s expanded commitment to sustainable mobility and the concurrent lowering of GST on EVs as well as chargers and charging stations.

When it comes to both residential and commercial properties, real estate developers would also like to work with EV charging station providers. Industry experts predict that this year’s private equity (PE) investments in India’s electric vehicle market could total $1 billion.

Investing in EV mobility is more popular in India, according to Ketan Mehta, founder, and CEO of Jaipur-based HOP Electric, a producer of electric two-wheelers, in part because more people are deliberately making sustainable and green decisions.

He praised the government’s ambitious Rs 26,058 crore production-linked incentive (PLI) scheme for autos under the new Non-Automotive Investor (OEM) category as a positive step toward boosting the nation’s manufacturing capabilities. To increase its chances of becoming a global energy mobility pioneer, HOP Electric would invest more than Rs 2,000 crore in India over the course of the next five years as part of this mandate, he continued.
The biggest obstacle on the way, in the opinion of Sameer Aggarwal, founder and CEO of EV fintech platform Revfin, has been the absence of financing solutions for commercial drivers. “EV financing will be the most significant enabler of EV adoption in the next years,” he said.