More
HomeEV NewsEVs to be Account for 33% of Global New...

EVs to be Account for 33% of Global New Car Sales 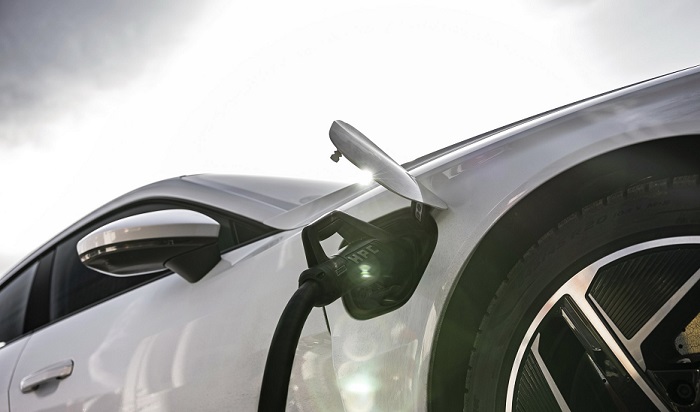 By 2031, electric vehicles (EVs) are expected to account for over 33% of global new car sales. Annual EV sales are projected to increase ten-fold in the next 15 years, especially in China and Europe, due to favorable policies and auto manufacturer commitments, says a recent report.

The report titled, ‘Oil and Gas Sector Strategies for Electric Vehicles (EV)’, notes that electric mobility is one of the many ways oil and gas companies are diversifying their business to adapt to the energy transition that is already in motion.

Companies including Shell, TotalEnergies, and Mitsui are developing EV charging, battery manufacturing, and other EV value chain capabilities through acquisitions and partnerships.

Miles Weinstein, Energy Transition Analyst, said, “Taking another tactic, ExxonMobil has so far ignored charging infrastructure in favor of providing solutions to improve EV performance, such as EV battery thermal management. The company is also developing fluids, lubricants, and cooling solutions specifically for EV motors. This is a less risky foray into the EV market than building physical infrastructure, and overlaps with the company’s current petroleum-based fluids production.”

“On the other hand, Woodside Petroleum of Australia has elected to avoid battery EVs altogether in favor of fuel cell electric vehicle (FCEV) infrastructure and the production of low-carbon hydrogen, which is a reflection of the overall lack of battery EV uptake in the country so far. Despite its differences from other oil and gas companies’ strategies, Woodside serves a similar purpose of diversifying oil and gas businesses into new markets in preparation for a decline in petroleum product sales for the transport sector,” he said.

According to the report, FCEVs have not seen large penetration into the passenger vehicle market due to higher capital and fuel costs.

While the economics are expected to improve, especially in the light of rising gas prices, it expects FCEVs to become more practical in the medium- to heavy-duty segment due to their longer range and quick refueling time, while finding a smaller niche in the passenger segment.

EVs saw their market share nearly double in 2021 compared to 2020. Sales of light EVs, specifically passenger and non-commercial vehicles, are already outpacing those of plug-in hybrid electric vehicles (PHEVs), with the gap set to widen in the coming years.

China and Europe are expected to see the most EV sales, while North America is expected to have about 60% as many sales as in the either region. South Korea will also have a notable number of sales, but the rest of the world will see significantly less sales, the report stated.

For FCEVs, Europe is expected to see the most sales with China at a close second. South Korea and Japan will be the other important markets, with the North American market a fraction of the size.

Several auto manufacturers have set targets for EV sales and allocated funds for electrification. Some of these include Daimler and Volvo which target 50% of sales to be fully electric by 2025, the Renault Group which aims at 100% of European sales to be EVs by 2030 and the Volkswagen Group which plans to invest EUR 35 billion (USD 37 billion) in all-electric mobility through 2024.

Weinstein said, “Almost all of the national targets set thus far exclude medium- to heavy-duty vehicles, suggesting that these segments could largely continue using conventional fuels beyond the 2030s. Demand for petroleum products has seen a rebound after 2020, but demand is not expected to return to 2019 levels until 2026, in part due to the increase in demand for EVs. Contributing factors to the EV push include issues like urban air quality and the diesel emissions scandal.”

Previous articleIs the Price Point of EVs could be a Concern for India
Next articleHyundai to invest INR 1,400 crore in Telangana’s Mobility Valley