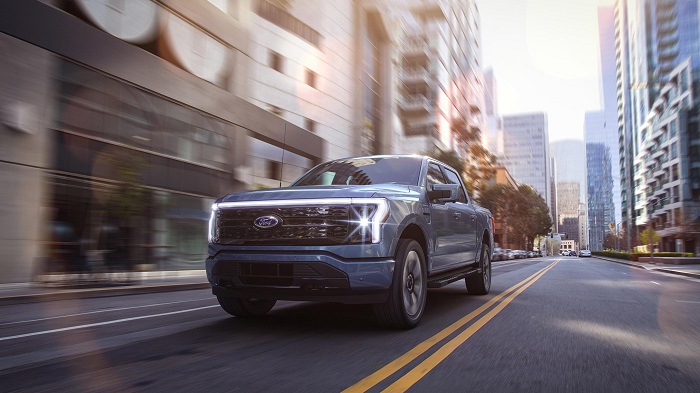 Ford Motor has set its sights on topping Tesla in the race to become the global leader in electric vehicles, CEO Jim Farley said.

The goal is the most ambitious yet for the Detroit automaker in its EV push. Farley has previously said Ford plans to be the country’s No. 2 automaker in EV sales, behind Tesla, by mid-decade.

“We plan to challenge Tesla and all comers to become the top EV maker in the world,” Farley said during a product launch event for the electric F-150 Lightning pickup. “That’s something that no one would have believed just two years ago from us. They’re going to look at this truck and believe it.”

Farley didn’t attach a time frame to when the company thought it would overtake Tesla. He said that will come down to product execution over the next four years, adding that Ford has “every intention” of being the top electric pickup maker in the world.

“All we can control is the next four years, the next cycle of a product,” Farley told reporters after the event, citing upcoming new products as well as investments in new supplies of vehicle batteries and technologies.

But Ford said it plans to have the capacity to produce 2 million EVs globally by 2026.

What’s more, Ford is currently ramping up its production of the F-150 Lightning faster than rivals Rivian Automotive and General Motors.

Farley said Ford has already produced 2,000 F-150 Lightnings during the vehicle’s first two weeks of production at a plant in Dearborn, Michigan. Rivian, which started production last fall, produced about 2,500 vehicles, including R1T electric pickups, during the first quarter.