More
HomeEV NewsHow did the EV Industry Fare in 2022? 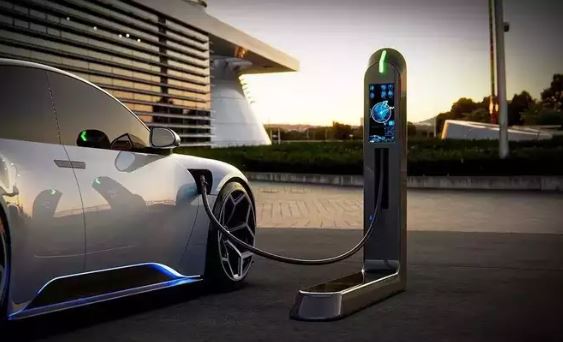 The Indian government is promoting investment in the construction of charging infrastructure through its FAME-II & PLI projects. The pace has yet to pick up steam despite all efforts. India has performed remarkably well in the market for EV two-wheelers. Approximately 76,163 units were reported sold in November 2022. But a common conundrum when making a purchase is: Should I get an electric two-wheeler? It’s a legitimate inquiry. There is still some hesitation even though more and more people are considering the change. Batteries for EV typically strike a balance between stability and high energy density; the higher the energy density, the less stable the batteries are.

It’s crucial to upgrade the thermal and battery management system. The temperature of the battery pack and of each cell can be closely monitored with the aid of intelligent BMS monitors. When it determines that the temperatures have reached their highest points, it will activate the active cooling system. While similar technology has been used by the four-wheeler business, its adaptation for the two-wheeler market is what is needed. Due to range anxiety caused by the absence of EV infrastructure, most 2-wheelers can only be used outside of cities because they need a regular electrical outlet to charge. A strong charging network, comparable to the network of gas stations we have now, is required if one wants an EV to replace a traditional commuter vehicle.

The recent approval of the battery-swapping policy by Niti Ayog is anticipated to spark other industry improvements and assist drive demand by separating the costs of the vehicle and the battery and increasing vehicle uptime. The Indian government is promoting investment in the construction of charging infrastructure through its FAME-II & PLI projects. The pace has yet to pick up steam despite all efforts. If addressed, some aspects including education, raising awareness, and setting deadlines for approval turnarounds and dues payment could help initiatives receive a better response.

It is vital to separate tiny businesses from major players like Tata Power and Energy Efficiency Services Limited when creating new regulations and laws (EESL). Start-ups cannot meet the dedication required of large conglomerates by the government.

What steps can be taken to lessen them?

Instead of having a dispersed and irregular development that serves no purpose and only helps to drag down the process, the government needs to set a roadmap for building the EV infrastructure in order to develop EV-friendly pathways and support adoption in those places. Building confidence to utilize an EV for a long trip will require stations along the route, say 25 km apart.

EV growth is anticipated in 2023

To promote the adoption of EVs, the central and state governments have each launched a number of programs and provided SOPs to manufacturers and end users. The state with the most electric vehicle registrations is Uttar Pradesh, followed by Karnataka and Tamil Nadu. As of September 1, 2022, almost 3.5 lakhs EVs had been registered.

The CAGR (compound annual growth rate) for EV sales through 2027 is predicted to be 68%. It is expected that EVs with two, three, and four wheels—including e-rickshaws—will drive the increase in sales. In 2023, India will have 2.2 million EVs on the road, and that number will rise to 9.1 million by 2027. The year 2023 looks to be quite interesting, and the electric two-wheeler sector is going to flare up with numerous new debuts. New sleek forms and dynamic styles – electric two-wheelers are destined to take the market by storm. They feature a flurry of high-speed models, swappable batteries, and options with a 100 km to 150 km range on a single charge.

The network of charging stations must be expanded both within cities—in apartment buildings, office buildings, retail centers, etc.—and along state and federal highways if the demand for EVs is to be sustained and increased.