How will EV adoption impact manufacturers of auto parts? 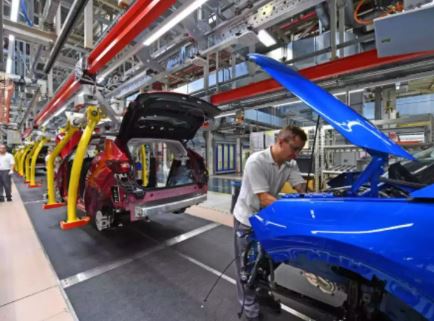 The globe is gradually but steadily turning away from polluting machines in an effort to undo environmental damage and create a cleaner future. Additionally, transportation—which accounts for roughly 24% of global direct CO2 emissions—is being monitored.

For this reason, electric mobility is gaining popularity worldwide, including in India. According to a report by the India Energy Storage Alliance, the global market for electric vehicles is anticipated to increase at a compound annual growth rate of 49% between 2021 and 2030, with annual sales predicted to reach 17 million by that year.

The industry has a very clear message. According to sources, over the next five years, automakers, including component producers, have set out Rs 70,630 crore for EVs.
But what about the businesses and environment that depended on cars with internal combustion engines (ICEs) that guzzle gasoline and diesel?
The prosperous auto parts market is preparing for a fundamental upheaval. Just over 2% of India’s GDP is made up of it.

For the industry, the switch to EVs brings both opportunities and difficulties. For instance, there will be a significant transition from conventional ICE components to e-drive systems and modules.

The Indian market for electric vehicle components is expected to increase at a compound annual growth rate of 76% to Rs 72,500 crore by fiscal 2027, according to ratings agency CRISIL. Batteries, drivetrains, electronics, and other EV components give car component manufacturers a chance to expand their customer base beyond ICE vehicles. Approximately 75% of traditional car component manufacturers’ revenue originates from products that are used in EVs as well. Therefore, according to a previous analysis by CRISIL, such organizations do not find growth to be a barrier.

The car parts sector, on the other hand, is attempting to expand beyond ICE automobiles. The businesses have already started engaging in electric components for both EV and conventional ICE vehicle manufacturers, even though they still have time to do so.

According to ICRA, between 25 and 30 percent of the expenditures made by manufacturers of automotive components in FY23 and FY24 will go into EV projects. According to the industry group ACMA, 60% of its 800 members are prepared to supply parts to EV manufacturers, which is encouraging.