India Hopes to Push its EV Infrastructure Hub at the G20 Summit. 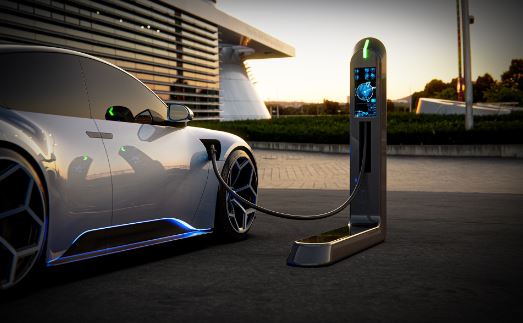 During the G20 conference this year while holding the presidency, India would promote itself as a viable manufacturing base for rapid electric chargers, electric vehicle batteries, and battery recycling. The government is looking to tap into the EV ecosystem’s underutilized sectors in light of the enormous potential the nation has in the EV manufacturing ecosystem and the growing demand for EVs on both the domestic and international markets. This occurs against the backdrop of the US “friendship” strategy, which entails strengthening economic ties with dependable trading partners like India in order to diversify away from nations that pose supply-chain security and geopolitical problems.

With the huge demand for one million fast chargers in the country, we have the potential to become the hub of electric charger manufacturing.

The action also takes place when Chinese manufacturing experiences a slowdown in the midst of an increase in COVID instances. This year at the G20 meetings, India will place special emphasis on three EV key areas. One would be the production of ACC (advanced chemistry cell) batteries, fast electric charge batteries, and battery repurposing and recycling. Although rectifiers and electric chargers are quite similar, the second official claimed that India has many rectifier producers but few in the electric charger industry. An electrical device called a rectifier changes alternating current (AC), which occasionally flips direction, into direct current (DC), which only flows in one direction.

India can take the lead in EV battery chargers because there are so many rectifier manufacturers already operating there. Low-hanging fruit, indeed. Currently, the Center has allotted 1,000 crores under FAME-II for the creation and installation of electric car charging infrastructure. Union minister of state for heavy industries Krishan Pal Gurjar stated in a written response to a question in the Rajya Sabha last month that the ministry had sponsored 520 charging stations under phase-I of the FAME India scheme. By 3 December, 452 of the 520 charging stations had been put in place.

Given that the production-linked incentive (PLI) for ACC batteries has been favorably received, the Center will also promote India as a possible hub for battery manufacture, according to the first official.

The official stated the demand is far larger than the capacity being built up under the PLI, noting that the ACC PLI incentivizes the production capacity of 50 GWh of batteries. India would need 500 Gwh of EV batteries by 2030.

“We require 150–200 GWh of cell manufacture at the very least. By 2030, the domestic demand will amount to 500 GWh, the official predict. As of the time of publication, the ministries of heavy industries, external affairs, and NITI Aayog had not responded to inquiries. Mahendra Nath Pandey, the union minister for heavy industries, stated in an interview from November that India may become independent and perhaps a net exporter of EV batteries by FY25 given the PLI scheme’s success and investor interest.

Additionally, the government is developing a program to provide incentives for specialty batteries. According to a Mint report from August 24, 2022, the Center intends to provide ‘niche’ battery developers with production-linked incentives of about $500 million.