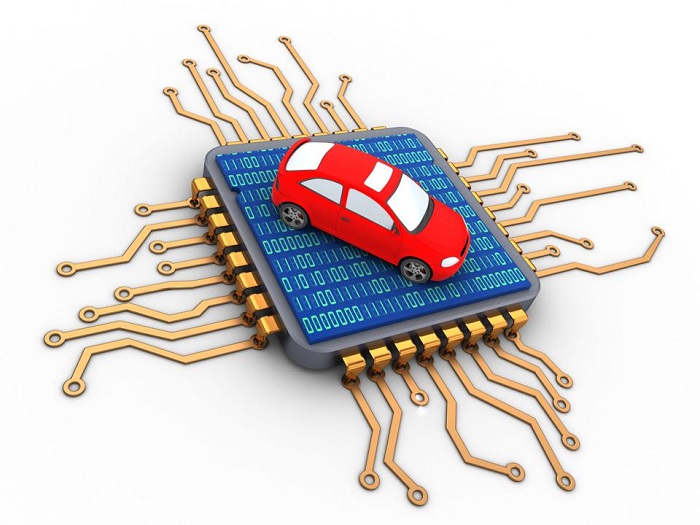 By the year 2040, the automotive semiconductor industry is expected to surpass $250 billion, reports KPMG, a professional service firm. Daily developments in the industry and the growing need to shift to sustainable transportation, are increasing the demand for innovative semi-conductors.

The company revised upward a previous forecast that it made in 2019 by 25%, as it is more optimistic about factors that will be pushed upward by a spike in oil prices, the chip shortage, electric vehicle adoption, and other factors that will accelerate demand. KPMG projects the automotive semiconductor market to reach $200 billion by the mid-2030s, five years sooner than KPMG’s previous outlook.

“Advances in technology and societal shifts to environmentally friendly practices are continuing to transform industries, and automotive is no outlier,” said Mark Gibson, a KPMG chip expert. “The spike in oil prices coupled with increasing support for reduced carbon emissions is driving demand for, and thus innovation in, semiconductors for more advanced vehicles.”

Higher gas prices have spiked demand for EVs, which require more chips than a traditional automobile. In KPMG’s 2022 consumer pulse report, nearly 50% of respondents that owned a gas-powered vehicle indicated that they were considering a hybrid or EV for their next car.

The global shortage of chips prompted automakers to prioritize higher-priced luxury vehicles that require more electronics per car. 2021 was a record year for the global semiconductor industry, growing to more than $550 billion, a 25.6% increase over 2020, which KPMG believes to be a contributing factor.

Both the private and public sectors worldwide are continuing to invest in semiconductor facilities. In 2021, TSMC pledged to invest over $100 billion over three years.

“Consumer preferences and behaviors have rapidly shifted over the past few years, and automakers have been actively investing in advanced technologies to improve the consumer experience and capture new markets such as EVs and AVs,” said Gary Silberg, KPMG’s global automotive sector leader, in a statement. “When it comes to semiconductor growth, automotive remains in the fast lane and as we build the infrastructure to support widespread EV adoption, demand will only go up.”

“We may well now be at a transition point as we see demand for chips beginning to soften in certain sectors such as PCs and cellphones,” Clark said. “Where we don’t see softening is the automotive markets and cloud. Automotive manufacturers, especially, felt the pain of supply constraints over the last couple of years which is why we’re seeing procurement and prepayment deals with semiconductor companies. They are managing now to avoid the situation they’ve faced over the recent past due to unpredictable turns and unprecedented events. When it comes to automotive semiconductor demand, the brakes are not yet being applied.”

KPMG expects double-digit growth for chip sales in 2022, despite the continued supply chain challenges. In the meantime, support from both private and government investments will enable companies to build new capacity for making chips. In 2021, TSMC, the largest contract chip manufacturer service in the world, pledged to invest $100 billion over three years. Intel continues to raise the bar by committing to capacity investments, either directly or via acquisitions. And the Chip Act in the U.S. is expected to pass with bipartisan support for additional subsidies for chip makers in the U.S.

While there is always a risk of overcapacity, this time growth is supported by demand in multiple end markets, from consumer electronics to connected infrastructure, to IoT devices and autonomous and electric cars. This should reduce the risk of overcapacity. The automotive semiconductor sector is now on an even faster growth path than we anticipated in 2019, KPMG said.

In the long term, automotive semiconductor demand should remain strong and may surpass even the most optimistic projections. This is due to a combination of factors: increased vehicle production, accelerated adoption of electric and hybrid power trains, wider use of autonomous/assisted driving technology, and the more complex onboard electronics. ADAS infotainment and electric power trains will be the leading applications. As ADAS/infotainment systems become more complex, they will require more and more processing, communication, and storage capabilities.