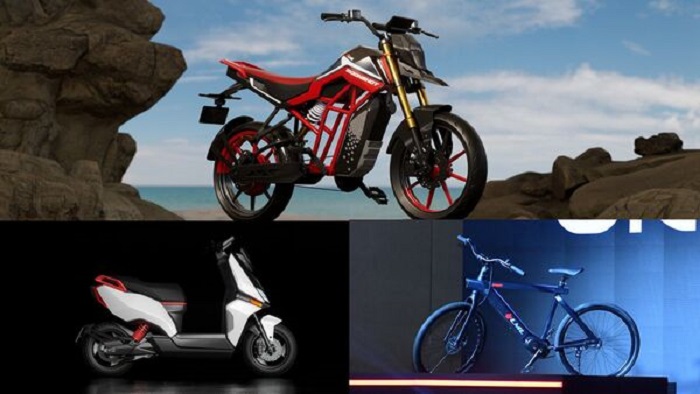 LML was once known for selling a couple of enthu-friendly motorcycles in the Indian market. The company, however, had to pull the plug on its Indian operations. Now in 2022, the brand is preparing to make a comeback with a host of electric 2-wheelers in the Indian market. The company has recently completed its 50 years in the Indian market, and it used the occasion to reveal its three upcoming electric two-wheelers under the “Reimagining the Legend” theme, namely Star, Moonshot, and Orion. The Star is an electric scooter, while the Moonshot is an e-Hyperbike. The Orion, on the other hand, is an e-Bike from the brand. Although, these models are currently revealed in their concept forms.

Speaking at the launch event, Dr. Yogesh Bhatia, Managing Director, LML Emotion opined – “It’s been a long and arduous journey for the last couple of years and truly what has emerged is not just engineering marvels but a range of products which go beyond the product promise and deliver on an ‘Emotion’ which can only be experienced not expressed. Our products are poised to redefine the norms of personal and urban commute and set new standards of safety, intuitive intelligence, and unmatched ride quality to only name a few aspects.

The LML Star electric scooter’s design is said to be inspired by a Swan, and the company claims that it will offer a personified riding experience to users. Moving over to the Orion, its name is derived from the Greek term meaning constellation known as a hunter as suggested by its name. What makes the ‘Orion’ truly unique is its unconventional design philosophy, as it uses a hydroformed 6061 alloy frame to give it that light yet agile frame.

Furthermore, there are tilted butterfly handlebars for added comfort in city riding posture. The LML Orion will feature an IP67-rated battery pack, along with vehicle telematics on board. The LML Moonshot in terms of a product concept packs the best of both worlds – the chill of a bicycle and the thrill of a motorcycle. It will get a portable battery and two riding modes – surge and city.