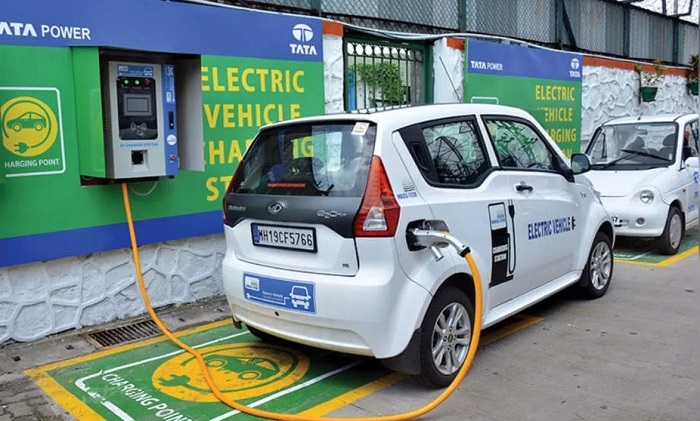 Public policy think tank Niti Aayog plans to roll out an ‘EV battery swapping policy’ – which will give electric vehicle buyers an option not to own its battery thereby bringing down the upfront cost and fast-tracking EV adoption – in the next 3-4 months.

“I am confident that electric vehicles will be cheaper than ICE engine vehicles in the near future,” Niti Aayog chief executive Amitabh Kant said.

The proposed policy will introduce disruptive business models such as battery as a service (BaaS), leasing, etc. so that electric two-wheeler and three-wheeler customers need not own the battery, which is about 50% of the total vehicle cost, bringing down the upfront vehicle cost much below the ICE counterparts, said Kant.

The policy will also provide EV owners the flexibility to swap batteries at swap stations within minutes, and charge them at home, people aware of the matter said.

“This policy will take care of the upfront cost and the ‘range anxiety’ (fear that battery charge will run out before reaching the destination or a charging point), initially targeting shared mobility and delivery vehicles,” said Chetan Maini, co-founder, and chairman of Sun Mobility,a company engaged in developing and operating energy infrastructure for electric mobility.

The battery swapping policy needs to be implemented in the next 2-3 months to scale up EV ecosystem and give a push to the adoption of EVs in the country, Maini said.

“The customer should be given the flexibility, and both options (fixed and swappable) should co-exist,” he said.

Aayog’s Kant said the focus in the initial phase will be to cater to light electric vehicles where it is easy to plug and play batteries from the vehicles to the battery swapping stations.

“We have a proven test bed, from startups like Sun Mobility (and) Battery Smart, among others, who have technologically showcased the feasibility of battery swapping for electric two and three-wheelers,” Kant said. “This evolving technology of battery swapping will act as an alternative to decouple the cost of battery from the vehicle for almost all segments.”

Sulajja Firodia Motwani, CEO of electric two and three-wheeler maker Kinetic Green Energy & Power Solutions, said that after the Fame-2 and state incentives to bring down EV prices and the performance-linked incentive (PLI) schemes for original equipment manufacturers (OEMs) and component makers, the focus is now shifting towards the ecosystem for faster EV deployment.

Even when the Fame-2 subsidies end, the upfront cost of EV to the consumer should be low, Motwani said.

While battery swapping is still at a nascent stage globally, it is gaining ground, especially for commercial and fleet operations, and India is set to emerge as a leader in this space with its proposed policy.

The policy intends to provide a level-playing field to all battery service providers by creating new avenues of investments in innovative business models such as BaaS.

Standardisation of battery is a key – EV manufacturers will have to design vehicles in such a way that swappable batteries can be used, experts said.

This will increase the confidence among battery manufacturers, OEMs, charge-point operators, and, most importantly, consumers with a clear policy roadmap, they said.

Battery swapping will also minimise recharging time to about two minutes, which is less than the time it takes to top up the fuel tank of ICE (internal combustion engine) vehicles, experts said.

With the battery being charged under the supervision of the manufacturer or service provider, the life of the battery will also increase, Kant said