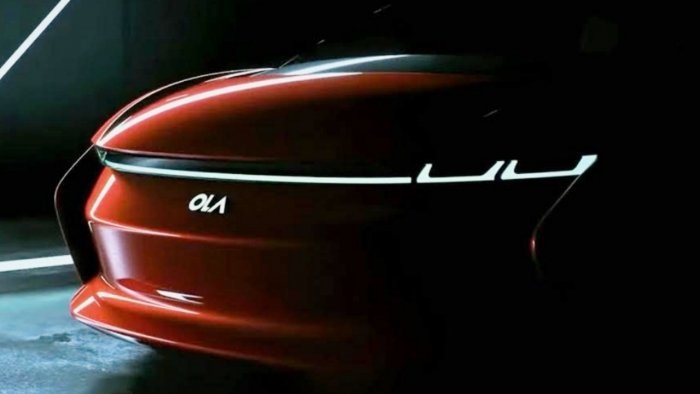 In a live stream event on 15th August, Ola Electric announced that they will launch an electric car in 2024, with a range of 500 kilometres. Founder and CEO Bhavish Aggarwal has termed it to be the sportiest car built in India.

“We deserve a car that defines this new India. An India that is fearless and believes in writing its own destiny. Our car is going to be one of the fastest cars in India. 0 to 100 within 4 seconds, it will have a range of more than 500 kilometres per charge. It will be the sportiest car ever built in India, with an all-glass roof, it will have Move OS and assisted driving capabilities as good as any other car in the world”.

While that may make the new car from Ola Electric sound impressive, do note that the Tata Nexon is a compact SUV and that Ola is yet to confirm the form factor of its new car. A teaser image shared by Aggarwal in July this year depicted a hatchback. But the silhouette of the car depicted in the Ola Electric video shows what looks like a sedan with a fastback roof. Also, these figures could be par for the course with other Indian electric vehicles by the year 2024.

Apart from that, Aggarwal added that the car will feature an all-glass roof, keyless entry and a “handleless design.” It could be a reference to the retracting-style handle that has become popular in many modern cars, including the Tesla Model S.

The new car will be manufactured at Ola’s future factory in Tamil Nadu, which will be expanded in order to accommodate new manufacturing capabilities. Along with the car and the scooter, Ola says it will also manufacture its own indigenously developed electric cells at the same facility. The company also ‘relaunched’ its base-model S1 scooter during the live stream.