The US President announces funding for EV charging network across 35 states, including Michigan 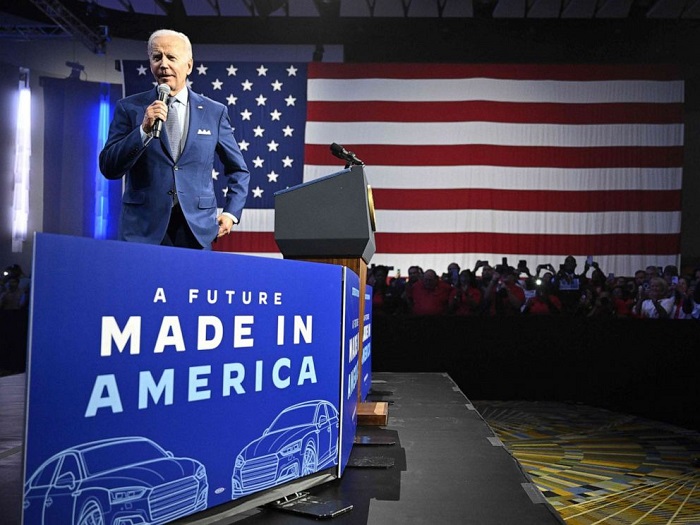 President Joe Biden announced Wednesday the release of the first round of funding for a nationwide electric vehicle charging network, financing the construction of stations in 35 states.

“I’m pleased to announce that we’re approving funding for the first 35 states, including Michigan, to build their own charging infrastructure throughout their state,” Biden said at the Detroit Auto Show, standing in front of a spate of electric vehicles.

Biden has been a big proponent of EVs, signing into law incentives to encourage consumers to buy them and companies to build them. The Bipartisan Infrastructure Law included $7.5 billion for a national EV charging network while the Inflation Reduction Act and the CHIPS and Science Act both included provisions fostering the development of the industry in the United States.

“You all are going to be part of a network of 500,000 charging stations — 500,000 — across the country, installed by the IBEW,” Biden said, referring to the International Brotherhood of Electrical Workers labor union.

Biden noted that his administration has put $135 billion toward electric vehicle development and creation.

“It used to be that to buy an electric car you had to make all sorts of compromises, not today,” Biden said. “Look, the great American road trip is going to be fully electrified, whether you’re driving coast to coast along I-10 or on I-75 here in Michigan, charging stations will be up and easy to find as easy as they are now.”

Previous articleIndia should focus on 100% Electrification of Two and Three Wheelers: Amitabh Kant
Next articleShell to install over 10,000 EV Charging Points across India