More
HomeEV NewsIndia should focus on 100% Electrification of Two and...

India should focus on 100% Electrification of Two and Three Wheelers: Amitabh Kant 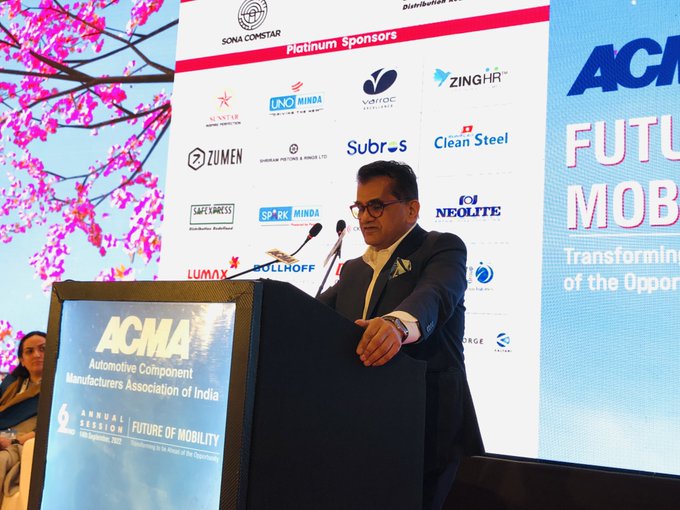 The Indian government has been trying its best to move towards green mobility. From adding electric buses to adding electric vehicles to the government fleet, India has come a long way. India must aim to achieve 100 percent electrification of two- and three-wheelers in the next four years as these segments will lead the country’s green mobility revolution, G20 Sherpa Amitabh Kant stated. The country’s focus has to be on the shared, connected and electric transportation movement, Kant stated at the annual session of the Automotive Component Manufacturers Association of India (ACMA).

“My view is that the green mobility revolution is really knocking on our doors, whether we like it or not, and India’s focus has to be on shared, connected, and an electric transportation movement,” he said. He further said, “I’m a believer that India’s electrification journey is to be about two-wheelers and three-wheelers.”

Total Electric Vehicle retails reached 4,29,217 units in 2021-22, a rise of three-fold from 1,34,821 units in the financial year 2020-21, the dealers’ body had said. Kant said the transition to electric mobility is gaining ground as the cost of batteries, which accounts for about 40 to 45 percent of electric vehicle costs, is falling rapidly. “It has seen a decline of over 100 percent in the last five to six years. It’s going to come down to below USD 100 per kilowatt,” he added.

When that happens, he said, the initial cost of acquisition of an EV without any FAME subsidy will become cheaper than the comparable internal combustion engine vehicle.

As such, he said the total cost of ownership of an EV is lower even now. Kant said Indian companies, including in the components sector must aim to become global champions in the new technology. He, however, admitted that the EV sector still faces challenges when it comes to the financing of these vehicles.

Previous articleElectronic Throttle Controls for Smooth and Faster Acceleration.
Next articleThe US President announces funding for EV charging network across 35 states, including Michigan