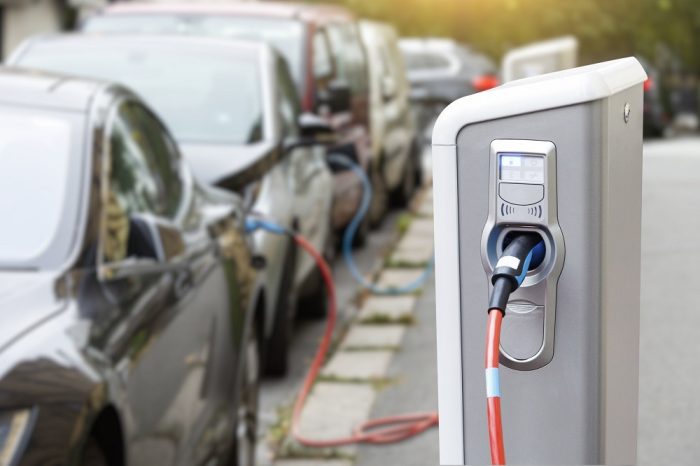 As India picks up pace in the domestic e-mobility sector, the importance of an accessible network of Electric Vehicle Charging Infrastructure (EVCI) in enabling a robust environment for electric vehicles (EVs) is now being recognized more than ever. If EVs across all segments (2-wheelers, 3-wheelers, and 4-wheelers) are spoken of as the new revolution in mobility, the charging infrastructure can be called the backbone that is driving that transformative change.

Electric vehicles can be powered by multiple means. The charging requirement of EVs varies with category (2W, 3W, or 4W) – depending on the location, power requirement, and rating of the said vehicle. In India, ‘conductive charging’ is the mainstream charging technology in use. The Electric Vehicle Supply Equipment (EVSE) safely charges the electric vehicle by first accessing power from the local electricity supply and then running it through a wired connection and an in-built control system.

Normal power AC charging, which ranges from 3kW to 22kW and is adequate for e-2Ws, e-3Ws, e-4Ws, and other light commercial vehicles (LCVs) up to 1 tonne, is currently prevalent across India. High-power DC chargers, which are faster but require a higher electricity supply with additional infrastructure, are being gradually integrated into the network and will be more widespread soon.

As a substitute for these charging methods, battery swapping is now receiving global attention. As the name suggests, this approach consists of removing a depleted battery from the EV and replacing it with a fully charged one. This can be done either manually (mostly in the case of 2W and 3W batteries which are smaller and lighter in weight), or through an autonomous mechanism involving a robot arm that can handle heavier batteries for 4Ws and e-buses but are also comparatively more expensive.

Battery swapping has distinct advantages over plug-in charging – such as the freedom to set up swap facilities anywhere since EV batteries can be charged away from the swapping point. The process of EV recharging is also quicker with this method, as the depleted battery of a light-duty vehicle can be completed in minutes

To promote the Battery as a Service (“BaaS”) business model, the Government of India has allowed the sale and registration of EVs without batteries, thus providing a huge boost to the industry that is making available battery swapping solutions. Most importantly, battery swapping significantly lowers the upfront cost of an EV because battery ownership is replaced by battery leasing, leading to enhanced attractiveness of electric mobility for customers.

The draft policy on battery swapping, proposed by NITI Aayog, envisions the adoption of this procedure primarily for light vehicles such as e2Ws and e3Ws – prioritising the metropolitan cities at first and gradually moving on to other major cities. The draft policy empowers the battery provider, who is to be the principal point of contact for all external stakeholders, including government agencies and EV users.

The policy supports batteries using ‘Advanced Chemistry Cells’, that has a performance that is equivalent to or superior to EV batteries supported under the government’s FAME-II scheme. Remote monitoring features, based on the Internet of Things (IoT), have also come into play under the draft policy, which proposes a Unique Identification Number (UIN) for each battery to allow centralised tracking and efficient swapping at the stations.

With the country setting its target to have at least 30% of new vehicle sales be electric by 2030, it is clear that the transition to electric mobility forms a key part of the strategy to decarbonise the transport sector. At the same time, the Government of India recognises the fact that expanding the EV charging infrastructure is an essential prerequisite to achieving this ambitious transition. To this end, government policies regarding e-mobility are focusing on promoting the development of the charging infrastructure network.

The initial focus has been on nine mega cities with populations of over 4 million – Delhi, Mumbai, Kolkata, Chennai, Bengaluru, Hyderabad, Pune, Ahmedabad, and Surat. There are currently over 1,640 operational public EV charging stations in India, of which more than 940 are in these cities. Demonstrating the extent of change that has occurred so far, data shows that 678 additional EV charging stations were installed in these 9 cities between October 2021 and January 2022 – a number that is 2.5 times that of the earlier figures during the same period, powering about 1.8 lakh new electric vehicles.

CESL is collaborating with private players, public agencies, and urban authorities to set up 900 more EV charging stations across India in 2022, which will provide a massive boost to transport electrification over the decade. Additionally, oil marketing companies – including Indian Oil and Bharat Petroleum – have announced the setting up of 22,000 EV charging stations on national highways and in prominent cities.

Given India’s unique transportation ecosystem, there is a need to customise this new infrastructure type to meet local requirements and build capacity among stakeholders to support the on-ground expansion of the EVCI. It is expected that this contextual approach will ensure that the charging infrastructure is optimally integrated within the electricity supply and transportation network, thus leading to efficient and timely service for the public.

Previous articleThe EV Era Has Begun: Five Things It Needs To Succeed
Next articleACES: Framing the Future of Automotive Mobility