The EV Era Has Begun: Five Things It Needs To Succeed 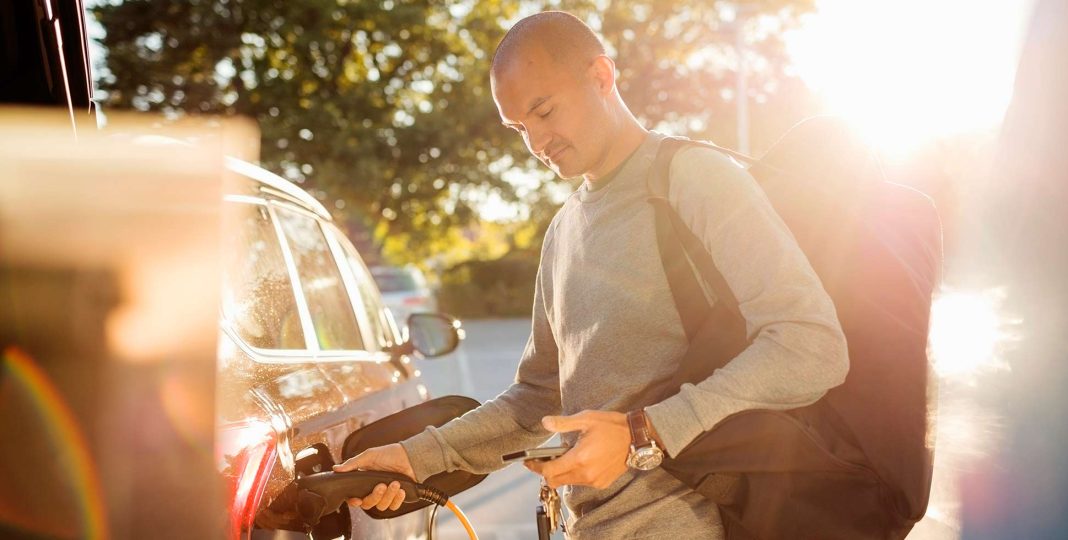 The electric vehicle (EV) era has officially begun. General Motors says it will eliminate gas and diesel cars and SUVs from its lineup by 2035 while Ford will go all-electric in Europe by 2030. The UK issued plans for phasing out diesel and gas cars by 2035 and then moved it forward to 2030.

Fleet customers such as UPS and Amazon are ordering zero-emissions delivery vehicles by the thousands and investing in solutions for electric-powered long-haul trucks. Meanwhile, battery prices have dropped 89 percent since 2010.

For consumers and car buffs, the next decade will be the most exciting time to go to showrooms since the muscle car era. By 2026, U.S. showrooms will sport approximately 130 different models of zero-emission vehicles, according to Bloomberg New Energy Finance. Currently, there are around 15.

It’s also of course good news for the electronics industry as EV systems can be compared to computers on wheels. Still, as those who have worked with the automotive industry understand, the stringent safety requirements, long lead times and performance demands make it a challenging market.

Here are five important trends to watch over the coming years.

In the not too distant past, computing performance in cars was often equated to the number of processors: a mid-range car might have 30 while a high-end car would have 100.

Automakers have moved toward a zonal, more centralized computing architecture strategy, replacing a multitude of microcontrollers with a smaller number of much more powerful SoCs. The trend will accelerate with EVs. Zonal and centralized compute lives up to that promise of bringing more flexible, pervasive intelligence to cars. A more powerful device built with a heterogenous array of cores can monitor and control critical safety systems, manage updates, interact with edge services as well as collect and interpret data for cloud-based AI and ML algorithms. With zonal processors, the car can truly become software-defined: a collection of powerful, but independent ECUs simply can’t replicate this. This approach will also simplify data management along with power and thermal considerations, further lowering weight and improving efficiency.

Like servers and smartphones, automotive SoCs will include a mix of CPUs, GPUs, NPUs and dedicated cores for functions like networking. They will also be optimized for particular zones such as drivetrain, digital cockpit or managing a car’s various driver assist systems.

Where they will differ from standard computing silicon will lay in a need for functional safety. Functional Safety ensures safety critical functions like braking and steering are supported by electronics that can detect, diagnose and mitigate malfunctions and faults. In addition, mechanisms that can prevent or reduce interference between functions further support functional safety. Arm’s Mali-G78AE GPU released last year, for instance, allows OEMs to create four individual hardware partitions for mixed-criticality workloads. In this way, you can enable hardware-based safety with software versatility.

“Batteries are computers”, says John Jung, founder of Greensmith, the energy storage division of Wartsila. While cathodes and electrolytes impact the price, performance and longevity of battery packs and EVs, so do factors like charge/discharge rates, cell balancing, and predictive analytics, all of which are controlled by the silicon and software inside cells, modules and packs.

Think of the challenge of extending driving range by an additional 25 miles to address range anxiety. You could accomplish it by adding cell capacity or by creating a super-eco mode where the battery management system throttles back on acceleration. The latter approach would likely cost less and add less weight.

Performance? Electronics will permit manufacturers to leverage a common set of battery cells to build differentiated battery packs for luxury sedans, economy cars, SUVs and roadsters. You will also likely see manufacturers use these systems to emphasize acceleration (i.e. peak power) while others will prioritise range.

Over the decade, battery management and control systems will be a hot spot for innovation. Batteries will also be supplemented by cloud analytics, which analyze individual driver habits and work in conjunction with the battery management system. Bosch predicts its battery in the cloud could reduce battery wear by 20 percent.

3. The Car Needs to Gets Efficient

Power was a secondary consideration in internal combustion cars. In EVs, the power consumed in the cabin has a direct impact on range: heaters can reduce range by up to 30 percent. The premium entertainment consoles in high-end sedans, meanwhile, will also trickle down. Carmakers are going to have to put the car on an invisible energy diet and be hypervigilant on processing power and algorithm efficiency. The efficiency lessons from building smartphones and IoT devices will come in handy here.

In an electric car, brakes, power trains and other critical systems run on battery power too. Greater efficiency through advanced processors and software will be required with the caveat that efficiency can never interfere with performance.

Efficiency gains in the cabin or in the zonal processors will also have secondary, positive effects. Thermal designs, mechanical designs all become easier. Automobile manufacturers, developers and their silicon partners will have to continually extend the ceiling for performance per watt.

Another benefit: gains from efficiency can arguably be achieved more quickly and cheaply than commercializing lighter body materials or eking out additional aerodynamic gains.

Vehicle owners aren’t the only audience. EVs will require more charging stations, more power capacity and grid upgrades. Driving 100 miles in an EV consumes as much electricity as running a U.S. house for a day. A thought experiment at the University of Texas in 2018 estimated that full electrification in that state would require boosting power production by 30 percent.

Solar adds a further wrinkle. Solar starts declining around 6 p.m., just as many drivers want to plug in for the night.

Luckily, grid optimization is another classic optimization problem. When you plug into a charging station in the future, your car will also plug into a network linking smart grid analytics formulating power production forecasts, cloud applications hosting the five-minute and hour-ahead power markets, localized energy storage, and of course the sophisticated processors inside the public charger and inside your car.

Autonomous cars will virtually all be electric. The reliability and repair issues associated with ICEs will simply be too great to try to build autonomous fleets around them. Additionally, the (current) cost premium for EVs can be better amortized in fleets.

The lessons learned about battery management and zonal control in today’s fleets will effectively become the development platform for the eventual rollout of autonomous. Efficiency will also continue to grow in importance with full (L5) autonomous systems churning at 4,000 TOPS.

We’ll see other changes with EVs too. Gas stations are becoming EV charging cafes. Fleet/Shared-use models are expected to become more popular with EVs and if they do, it could over time free up the substantial amount of real estate—13 percent in Los Angeles–dedicated to parking spots and private garages. Shared use may also reduce the transportation divide that impacts many poorer communities.

Is Automotive Ethernet Throwing CAN Under the Bus?