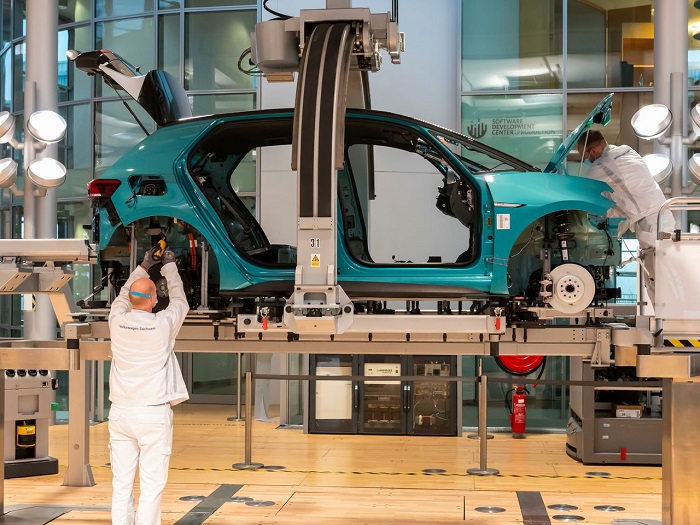 CEOs of consumer electronics and automakers expect the shortage of semiconductor chips and components, and logistics disruptions to continue till the June quarter. Until then, supplies may continue to lag behind the demand for cars, smartphones, laptops, televisions and refrigerators. They expect to accelerate new model launches next year as challenges progressively ease.

As production and distribution facilities open up gradually and supplies resume, the chipset shortage will ease by the June quarter, said smartphone maker Realme’s international business president and CEO for India Madhav Sheth. “Our launch strategy for 2022 is on track,” he said.

Several CEOs said they have lost significant revenue from potential sales this year due to these disruptions, which also delayed new model launches. But they expect losses will be lower next year as production rises.

Indian carmakers lost sales of about $5 billion or 20% of vehicle output in 2021, as per industry estimates. This is expected to shrink to 10% next year. Gaurav Vangaal, associate director at the global automotive forecasting firm IHS Markit, said India lost almost half a million light vehicles due to semiconductor shortages in 2021.

All auto and electronics companies have faced parts shortage and logistics delays for over a year now due to Covid-led manufacturing disruptions, container shortages, closures and port congestion.

These have also lifted prices of components by 40-100%, while logistics costs have gone up five-six times from pre-Covid levels. The shortage became worse due to higher demand for products with changes in lifestyle such as work and study from home, and people buying expensive products or cars during the pandemic.

“We could have easily averaged our sales at 12,000 units, but due to the shortage, we were struggling to cross 8,000 units a month over the last six months,” said Renault India MD Venkatram Mamillapalle. “The situation is easing out a bit, but the visibility on supply is still weak. We expect this challenge to prolong till mid-2022.”

Panasonic India CEO Manish Sharma said there’s a shipment delay of over a month for components such as printed circuit boards that should normalise by the second half of 2022.

Companies said they have also started entering into long-term contracts with component manufacturers, including the smaller suppliers, to secure capacities and also engage with new suppliers. This is bearing results, they said.

Skoda Auto Volkswagen managed to get priority allocation for chips from headquarters due to new launches, but it’s not getting enough supplies yet to start a third production shift, which had been planned for November. Gurpratap Boparai, MD of Skoda Auto Volkswagen India, said the group is looking at significant growth in 2022 and it will be adding a third shift shortly.

While the group is likely to post-high double-digit growth on the back of new models, it refrained from giving any growth forecast due to the shortage of parts.

Computer maker HP Inc.’s chief financial officer Marie Myers said in a recent investor call that component shortages, as well as manufacturing, port and transit disruptions, will “continue to constrain revenue due to the ongoing pandemic in many parts of the world” and will persist at least through the first half of 2022.

Previous articleIndustry Megatrends for 2022 and Beyond: Matter
Next articleDriving Next-Generation EV Systems with a Distributed Architecture

Onboard Charger Cuts it Both Ways

Statiq wins IOCL tender, to have 18 chargers set up at prime locations