Delhi gears up for boost in EV Charging Infrastructure 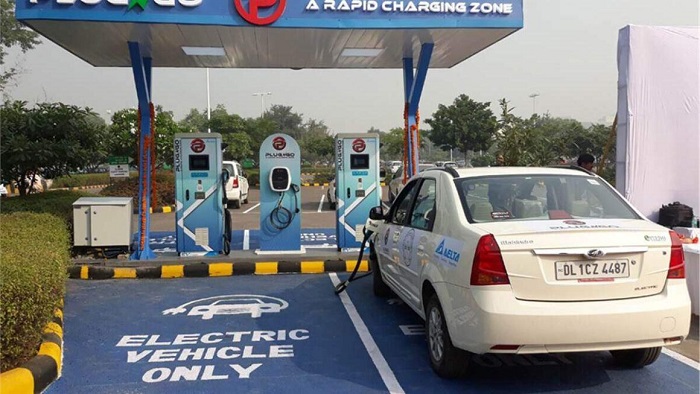 The atmosphere of Delhi is ready to buzz with the electric wind. At the fifth meeting of the government’s Electric Vehicle (EV) Charging Infrastructure Working Group, the decision was taken to expand the charging infrastructure to help people adopt e-mobility. The Working Group, chaired by Vice Chairperson, Dialogue and Development Commission (DDC) of Delhi, Jasmine Shah plays a role in guiding the overall strategy for the roll-out of public and private EV charging infrastructure in the city.

The Delhi government is looking to join hands with discoms and civic bodies to create a coordinated strategy for rapid expansion of electric vehicle charging infrastructure, an official statement said on Thursday.

Inputs were taken from different agencies during the meeting. A plan for the same is set to be launched on August 10, during the fourth Delhi EV Forum, which will also mark the two-year anniversary of Delhi’s EV policy. The Working Group discussed the need for a coordinated strategy that encompasses all relevant government entities to leapfrog the deployment of charging infrastructure in Delhi, the statement said.

Jasmine Shah said, “There are a total of 2,356 charging points and 234 battery-swapping stations currently operational at 1,892 locations in Delhi. Setting up an efficient, cost-effective, and equitable network of charging stations in Delhi requires coordination among multiple stakeholder departments. The working group and a coordinated strategy encompassing all the relevant stakeholders ensure that EV charging is not planned in silos,” he emphasized.

The Working Group also reviewed the status of a tender for setting up 100 EV charging/swapping stations on public land parcels floated by Delhi Transco Limited (DTL) and under which, the Letters of Acceptance of Tender (LOAs) were awarded to four successful concessionaires in March 2022.

Currently, 896 public charging points and 103 battery swapping stations are getting installed under the DTL tender. The first set of charging stations are expected to be inaugurated next month.

Shah claimed it is a first-of-its-kind initiative to employ the PPP model to set up EV chargers, which resulted in the lowest charging rate in the world – Rs 2 per unit.  During the review, the DDC vice chairperson also noted some delays in the operationalization of a few sites caused by delays in laying upstream electrical infrastructure and he strictly directed the discoms to expedite the processes so that the deployment at these sites can be completed on time.