More
HomeEV NewsEVs and Hybrids Stealing the show at the New... 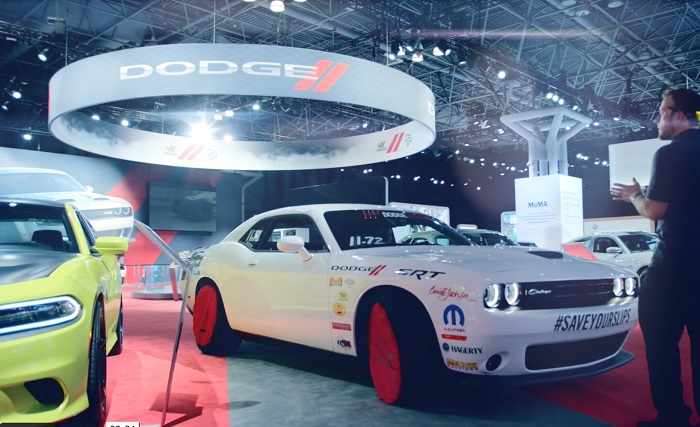 Electric vehicles took centre stage at the New York International Auto Show this year, with an indoor track as part of the show’s 250,000-square-foot EV display leaving no doubt that EVs are part of the mainstream — at least on the auto show circuit.

Nearly every automaker that participated in the New York International Auto Show had an EV or plug-in hybrid at its display. Many were ones we’ve seen before, including the Mercedes-Benz EQXX, Ford F-150 Lightning, Ford Mustang Mach-E, Chevrolet Bolt EV and Chevrolet Bolt EUV, Chevrolet Silverado EV pickup, the Hyundai Ioniq 5, which took top honours at the World Car Awards, the Kia EV6 and the VW ID Buzz and ID 4 crossover. Heck, even the Nissan Leaf came back with a refresh.

Amongst all of the battery-electric and plug-in hybrid models and concepts that were revealed, a handful stood out. Here are the ones that got our attention. 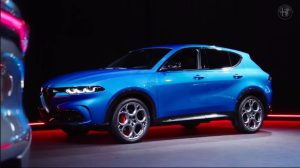 Alfa Romeo’s first compact crossover is the 2023 Alfa Romeo Tonale, which officially debuted in February. The Tonale is a plug-in hybrid that can travel 30 miles on a fully charged battery before switching to its gas engine. The SUV’s gas-engine variant comes with a 256-horsepower, turbo-four engine. 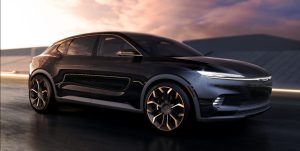 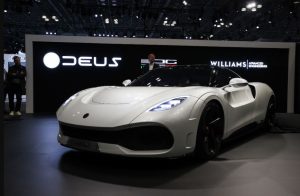 The Austrian automaker unveiled its Vayanne EV hypercar, a curvy roadster with slim headlights and oversized air intakes. Deus claims that the 2,200-horsepower Vayanne can zip from 0 to 60 mph in 1.99 seconds, on its way to a top speed of 250 mph. Those figures would put Vayanne’s performance near the top of the $1 million-plus hypercar segment. Its price has not been disclosed. 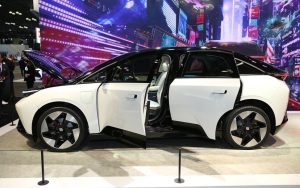 The California-based startup is displaying the Indi One, an all-electric, five-passenger crossover with a 300-mile range. Positioned as a Tesla Model Y rival, the “lifestyle-focused” crossover boasts a built-in gaming computer through its Vehicle Integrated Computer (VIC). The infotainment unit is supported by open-source software that enables a range of customizations from the sound of its horn to a specialized virtual assistant. Starting at $45,000, the Indi One is slated to begin deliveries in spring 2023. 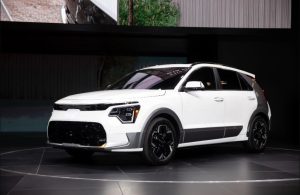 Kia is using the New York show as a launchpad for its next-generation Niro subcompact SUV. The 2023 Niro will be offered with a hybrid, PHEV or EV powertrain. The new model showcases more futuristic design elements such as boomerang-shaped taillights and a more aggressive grille. It also boasts a better range — 253 miles to the last generation’s 239.

The automaker also showed off its EV9 concept, which first debuted in 2021 at the Los Angeles Auto Show. We care about this boxy SUV that will use the same E-GMP electric car platform as the smaller EV6 and Hyundai Ioniq 5 because it’s actually going into production.

Kia confirmed at the New York Auto Show that the EV9 will come to the U.S. market in the second half of 2023.

Kia’s upscale sister brand brought its all-electric Genesis X Speedium Concept as a hint of what’s to come as Genesis ramps up its EV offerings to go all-electric by 2030.

The coupe flaunts Genesis’ bold design: a low, long fastback body style with wraparound headlights and an oversize, triangular grille worn by the automaker’s gas engine cars. The design derives from the X Concept Genesis unveiled last year and is named after South Korea’s Inje Speedium race track where it was developed. 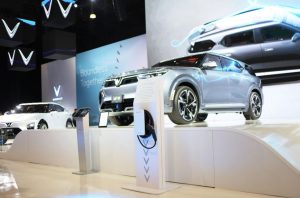 The automaker also announced at the show that it plans to lease the battery separately from the utility vehicles themselves, charging a monthly fee based on battery usage. Without the battery, the five-passenger VF8 and seven-passenger VF9 SUVs start at $40,700 and $55,500, respectively.