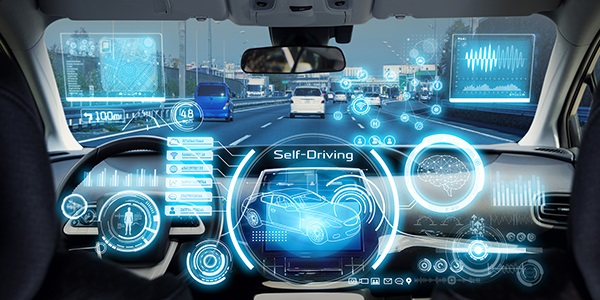 It is heartening to see the electric revolution picking up pace in India. Government policies like the Faster Adoption and Manufacturing of (Hybrid &) Electric Vehicles in India (FAME) which provide subsidies for EV production and charging infrastructure are steps in the right direction. The number of EVs on the roads is increasing with more and more OEMs entering the EV mobility space.

However, current EV sales stand at less than 1 percent of total vehicle sales in India as against the global figure of 2-3 percent. As per a report on EVs by Lux Research, EV sales are predicted to overtake ICE vehicle sales between 2035 and 2040. This prediction is naturally dependent on how customer preferences, technological developments, and policy measures shape up. As bullish as one would like to be, in India at least, we are seven to ten years away from EVs making a dent in ICE sales.

And finally, we have the Fuel Cell Electric vehicles (FCEV) which primarily run on Hydrogen as a fuel that combines with oxygen in the air, and the resulting energy produced by such chemical reaction is stored in a battery inside the vehicle which powers the vehicle. All the above four vehicle types are collectively called Electrified vehicles which have varying degrees of electrification.

Hybrid drivetrains combine the best of ICE and electric motors and Lexus has been more prolific than any other luxury car manufacturer when it comes to hybrids or Self Charging Hybrid Electric vehicles as we like to call them. Lexus’s history with hybrid vehicles dates back to 2005, when the company launched its first hybrid, the RX 400h. It was the first luxury car in the world that paired a high-performance petrol engine with a potent electric motor and a self-charging battery.

The trade-off between power and efficiency wasn’t a concern with Lexus Hybrid Drive, a petrol-electric ‘full hybrid’ combination, which is central to all of Lexus’s current luxury hybrid electric cars.
There is another significant advantage HEVs have over PHEVs and BEVs, which is that HEVs do not need to be plugged in to charge the battery.

A full hybrid system like the Lexus Hybrid Drive has two power sources – a battery-powered electric motor and a petrol-driven combustion engine – which are entirely separate from one another. Either of them can power the car on their own, or the power from both units can be combined. The system’s ‘intelligence’ ensures that when the petrol engine runs, it drives the generator to charge the battery.

In low-speed urban environments, the generator shuts down the petrol engine and lets the electric motor take over. This means that the car can operate with zero emissions. As per tests conducted by government bodies in Indian driving conditions Hybrid Electric vehicles run more than 60% of the time and 40% of the distance as pure battery electric vehicles.

Lexus Hybrid Drive is derived from its parent company Toyota’s Hybrid Synergy Drive technology. The hybrid system has sold more than 19 million units worldwide, till April 2022, since its launch in Japan in August 1997. Even Lexus has sold more than 2.3 million hybrid electric vehicles.

Lexus Electrified is the new name for the ongoing evolution of the electrification strategy that Lexus first launched back in 2005 with Lexus Hybrid Drive. On a global scale, Lexus aims to achieve 100% BEV sales by 2035 and unleash the full potential of Lexus engineering.

The future is electric and bright; however, it may be prudent for the industry and society at large to consider hybrids as a bridge to this bright future.