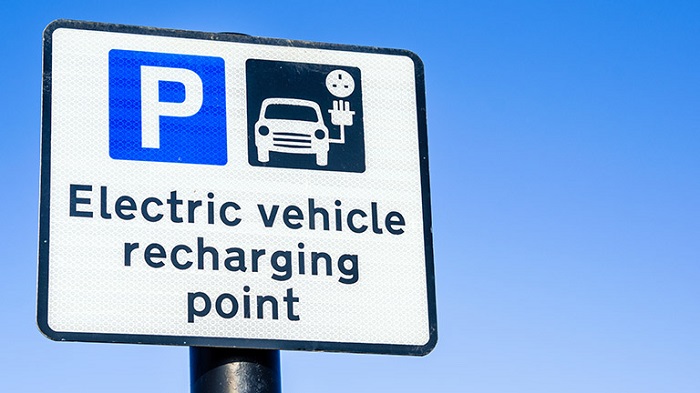 Electric vehicles (EVs) now promise range close to that of internal combustion engine (ICE) vehicles, but a remaining hurdle to wider adoption is the rate of recharging. Fast DC chargers provide the solution and wide-bandgap semiconductors as switches make them efficient.

Making a quick getaway can be frustrating

When you’re driving an EV and, depending on how exuberant you’re feeling and the weight you’re hauling around, some of the performance stats go out the window. That is of course because automakers will quote range under the best possible conditions, from better than 400 miles on a charge from the market leader’s long-range model to just 10 miles from the latest hybrid supercar. Interestingly, they both hit 60 mph within half a second of each other.

What all EVs also have in common is time to charge. Whether you’re looking for a quick holiday getaway or to quietly escape the bad guys without firing up the V8 in the hybrid, you’d better plan ahead. It can take several hours to get a full charge from the most basic of home outlets. Fast charging is the way to go and is the big focus of development in EV infrastructure.

“Fast” charging is anything over about 22kW. Below that, the on-board AC-input charger is typically connected to home outlets, which effectively limit the power available. If a standard single-phase 120Vac outlet is assumed, only around 1.9kW can be drawn and charge time could be 17 hours or more. High conversion efficiency of the on-board charging system makes a difference, but probably more noticeably as a smaller, cheaper and lighter module in the car. With fast charging, the scenario is different, typically at service areas when a re-fuel is needed to continue a journey. Now, a wait of hours is unacceptable. Drivers look to comparisons with gas-pump speeds and this can only be approached with DC charging direct to the EV battery. This enables up to around the 400kW rate currently, depending on the vehicle and an extra 60 miles in less than 10 minutes, more comparable with a gas and coffee re-fuel. Power levels of 900kW are in development for even faster speeds.

Conversion efficiency of fast roadside DC charging hardware is not noticeable to the driver, as the charge rate is limited by the car — which might still be as low as 50kW. Efficiency matters to the other stakeholders however, as a percentage point gained means smaller, cheaper and lighter equipment that draws less power for a given output, with less environmental impact and a lower energy bill. That’s particularly significant to the provider when free charging is offered.

High-power DC chargers existed before EVs in applications such as uninterrupted power supplies, and the technology used was carried over to a large extent with IGBTs used as switches. When run at low frequency, IGBTs can be quite efficient. But a frequency of around 20kHz is the limit at high power, which means large and costly associated magnetics are required. Silicon MOSFETs continuously improve and are increasingly used at higher power and high frequency. But as current increases, power loss exponentially increases due to the “square law.” The device on-resistance increases with temperature anyway, which exacerbates the effect. Also, DC charger topologies with three-phase AC inputs typically demand 1,200V switch ratings, which stretches the limits of available Si-MOSFETs with acceptable on-resistance.

Both wide-bandgap semiconductors and silicon carbide MOSFETs are candidates to make improvements in fast DC charger efficiency. They are available in 1200V rating and higher and have lower on-resistance than Si-MOSFETs for the same class of devices. A comparison of otherwise-similar SiC and Si MOSFETs shows a 60% reduction in RDS(ON) and consequent power dissipation with SiC at high temperature. SiC devices are more easily paralleled than IGBTs for even better gains and have an intrinsic body diode which can be utilized in third quadrant conduction. This mode is where current flows “upwards” from source to drain and occurs in hard switching converters such as the totem-pole PFC stage operating in continuous conduction mode. This is a common topology used for line rectification and power factor correction in AC-DC converters. The dissipation caused by the poor performance of the body diode in high voltage Si MOSFETS makes them unusable without an external parallel diode. The SiC MOSFET body diode is much faster and opens up the application.

Bi-directionality is the future

Reverse conduction is also a pre-requisite for bi-directional operation, which is increasingly specified in fast DC chargers. This feature comes into its own in home or office-based charging where energy can be returned to the grid from the battery when it is known that it is not required, or can be topped up later in sufficient time for the next journey. Utility providers will give credit for this, as it enables them to call on returned energy for peak shaving during high-demand periods, rather than expensively bringing extra capacity online. A bi-directional charger will utilize the SiC MOSFETs as efficient switches or synchronous rectifiers under digital control for the best flexibility and performance.

See below for an example of a modern bi-directional EV charger using SiC devices. Here, a six-switch rectifier and PFC stage provide an 800V DC link, followed by a phase-shifted, dual active bridge (DAB) bi-directional DC-DC converter for the isolation stage. The DAB has high-efficiency, zero-voltage switching characteristics and is suitable for a wide output voltage range, unlike some other topologies. This is important in EV chargers that may need to output 200-800V, depending on the battery connected.

Previous articleIs Automotive Ethernet Throwing CAN Under the Bus?
Next articleFuture of Automotive Industry: Electric or Electrified?