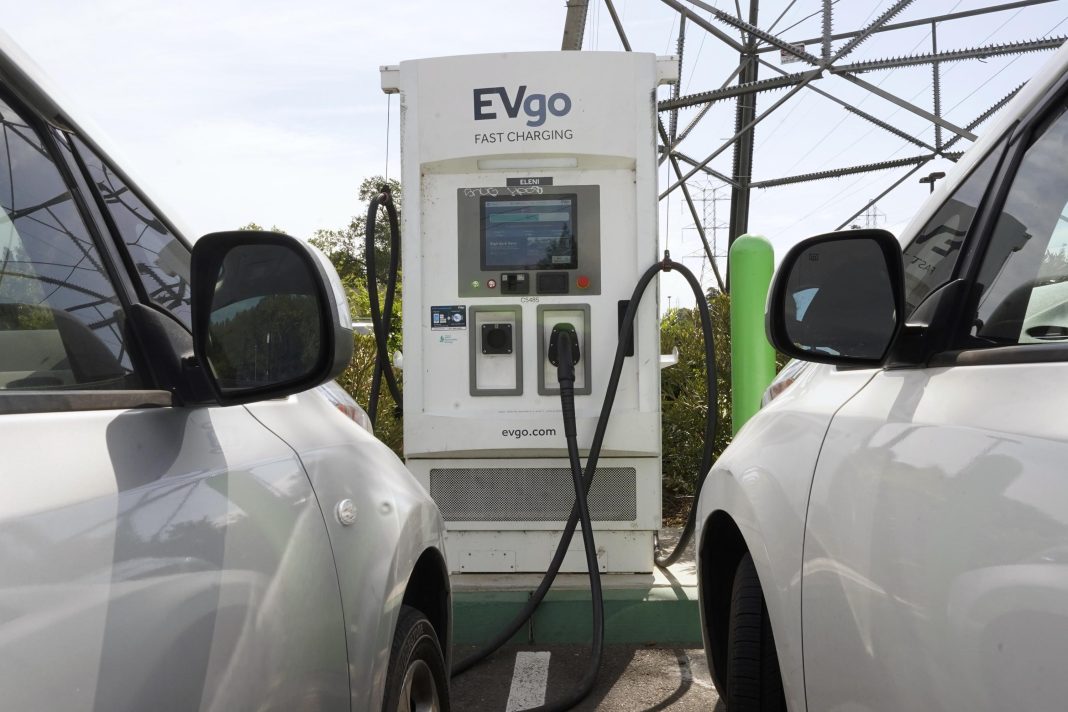 A major automaker, a large truck stop chain, and an electric vehicle charging company are proposing a network that would put charging plugs at 50-mile intervals along U.S. highways.

General Motors, Pilot Travel Centers, and EVgo said Thursday they will build 2,000 charging stalls at “up to” 500 Pilot Flying J sites across the nation.

The companies wouldn’t answer questions about the cost or how much each will pay, but a statement says they’re counting on government grant money and programs from utilities to help put the network in place.

Construction will start this summer with the first chargers operating sometime in 2023, General Motors spokesman Philip Lienert said. The network should be finished in a couple of years, he said.

General Motors said the network would be along highways to enable interstate travel.

When finished, the chargers will help the Biden administration move toward its goal of 500,000 stations nationwide by 2030 as it tries to get people to switch away from gasoline-powered vehicles to fight climate change.

Bipartisan infrastructure legislation approved by Congress ended up providing just half of the $15 billion that Biden had envisioned to fulfill a campaign promise of 500,000 charging stations by 2030.

Even so, the $7.5 billion for charging stations has been a catalyst for industry investments, said National Climate Advisor Gina McCarthy. “It’s exciting to see leading companies respond by setting their own ambitious goals, and investing in a convenient, reliable, and affordable nationwide charging network,” she said.

Biden’s Build Back Better proposal aimed to fill the gap but is stalled in Congress.

Administration officials now say the infrastructure law will help “pave” the way for up to 500,000 charging outlets by 2030. That’s different than charging stations, which could have several outlets. They say private investments could help fill the gap. Currently, there are nearly 124,000 public EV outlets in the U.S. at over 49,000 stations.

The Department of Transportation said that $5 billion of the $7.5 billion for EV chargers will go to states, which can partner with other groups. The remaining $2.5 billion would go to competitive grants for charging projects. No grants have been awarded yet.

The new charging network is a step toward building out a charging network that will make the public more comfortable traveling in EVs, said S&P Global Mobility Principal Analyst Stephanie Brinley.

“The infrastructure of electric vehicles needs to be a sort of combination of locations like Pilot,” she said. “It probably needs this level of support from many different voices to make it work.”

The pilot says it has more than 750 locations in 44 U.S. states and five Canadian provinces.

GM has set a goal of building only electric passenger vehicles by 2035. It has pledged to have 30 electric vehicle models for sale globally by 2025.

It has promised to invest nearly $750 million in chargers, but wouldn’t say how much of that has been spent.

GM owners would get discounts and exclusive charging reservations on the network, the company said.