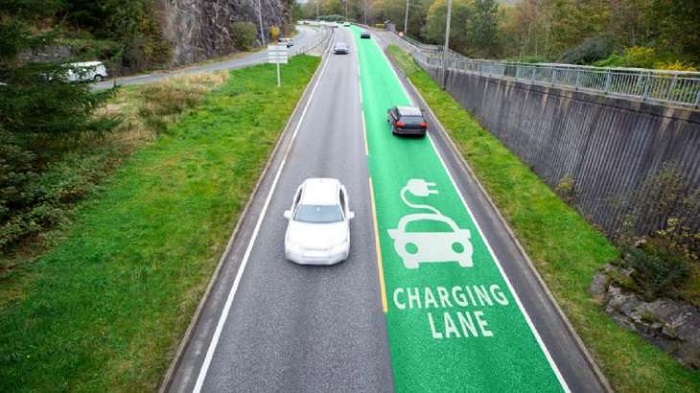 To reduce carbon emissions, the Indian government has been working extensively on the adoption of electric vehicles. Taking another step ahead in electric mobility, the government is now working on developing electric highways to facilitate the charging of vehicles.

Union road, transport, and highway minister Nitin Gadkari stated that these electric highways will be powered by solar energy which will facilitate the charging of heavy-duty trucks and buses. Addressing an event organized by the Indo-American Chamber of Commerce (IACC), Gadkari reiterated that the government wants to develop India’s public transport system on electricity.

“The government is strongly encouraging solar and wind energy-based charging mechanisms for electric mobility. We are also working on developing electric highways, which will be powered by solar energy and this will facilitate charging of heavy-duty trucks and buses while running,” he said. An electric highway generally refers to a road that supplies power to vehicles traveling on it, including through overhead power lines.

Gadkari said that the government is also encouraging toll plazas to be powered by solar energy. The minister said the road ministry has conducted route optimization exercises across major corridors and has designed newer alignments.

Emphasizing that a well-developed infrastructure enhances economic activities, creates new businesses, and promotes job creation, Gadkari said, “We are constructing 26 greenfield expressways.” With the launch of PM Gati Shakti Master Plan, he said projects will get faster clearance and it would cut down logistic costs.