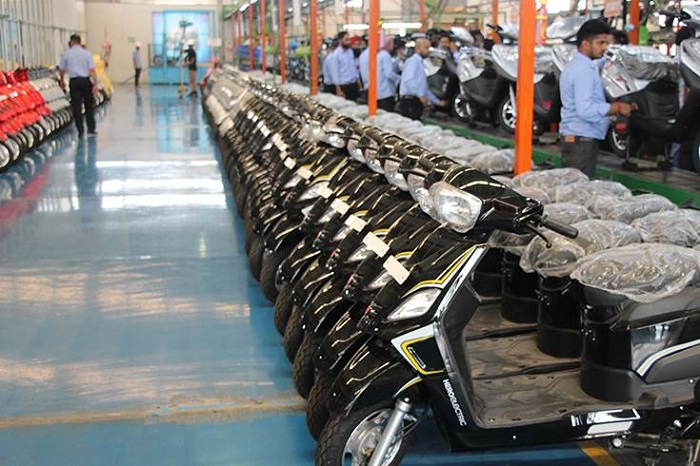 To give electric vehicles a boost in the country, EV makers have been trying their level best to expand their production pan-India. Hence, taking a step forward, electric two-wheeler maker Hero Electric stated that it will set up a Rs 1,200 crore two million units per annum mega electric vehicle manufacturing hub in Rajasthan. The company also stated that it has signed a Memorandum of Understanding (MoU) with the state government at the Invest Rajasthan summit. According to the company, the proposed unit will be located in Salarpur industrial region over 170 acres, it will also accommodate a vendor company that will invest an additional Rs 400 crore in the facility and start production by the end of 2023.

“This mega manufacturing facility is part of our capacity enhancement to boost EV adoption across India. It will allow the state to spearhead a clean mobility solution shift and promote ecological tourism practices,” Naveen Munjal, Managing Director, Hero Electric, said.

CEO Sohinder Gill said: “Greenfield facility of this mega-size and large budget gives us the opportunity to introduce very energy efficient green manufacturing processes with a healthy blend of automation using robotic arms and the nimble-fingered skills of the local artisan workforce, using the clean solar energy that the state provides.” The proposed facility will manufacture all the current and upcoming Hero Electric two-wheelers, Hero Electric said.

Previous articleExploring the Range of Products from Permanent Magnets Ltd.
Next articleBluSmart starts operations in Bengaluru