More
HomeEV ProductsBatteriesHow Much Electricity Does an Electric Vehicle Require at...

How Much Electricity Does an Electric Vehicle Require at a Time? 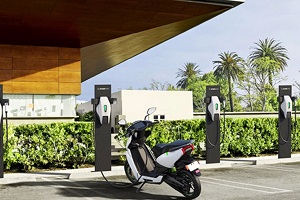 Secondly, the charging power consumption of the current market-led national standard electric bicycles. The battery model is 48V. Take the 48V20AH battery as an example. Its output voltage is generally 39V-54.6V, the output current is about 2.5A, and the full-time is also 8 hours. Therefore, electric bicycles only need 1.2 degrees of electricity at a time (output voltage * output current * full time = power consumption). 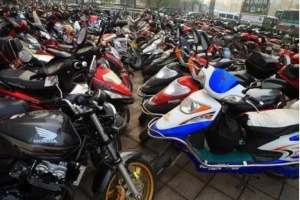 Finally, the Charger has sorted out some commonly used battery specifications that are full of primary power consumption for your reference Of course, due to the influence of temperature, battery quality, and other factors, there will also be some deviations in the amount of charge on a single charge. For example, in summer, due to the high temperature, the charging time will generally be less than 8 hours. In winter, due to the low temperature, the charging time generally exceeds 8 hours. In addition, there will be differences between brand batteries and inferior batteries. Generally speaking, the charging conversion rate of low-quality batteries will be low, and their power consumption will be higher than that of brand batteries.

Generally speaking, the charging time of electric vehicles should not exceed 8 hours. Users of electric vehicles should accurately grasp the charging time. The green light is on, indicating that the battery can be used or fully charged, but there is still a gap from 100%. It is recommended to continue to float for two hours after the green light is on.

Electric vehicle batteries all have a certain degree of matching. Different batteries and chargers are different. Electric vehicle charging should be specially designed for chargers. In real life, many electric vehicle users don’t care and often use other people’s chargers to charge. Doing so will cause a mismatch between charging voltage and current, which can easily lead to a short circuit or insufficient charging.

After use, it should be charged in time. It cannot be placed for a long time without power. The longer the power loss is idle, the heavier the battery damage will be.

Previous articleWhat To Do If The Electric Car Is Flooded?
Next articleOla Electric is organizing its resources to guarantee a steady raw materials supply

EV Chargers: Everything you Need to Know