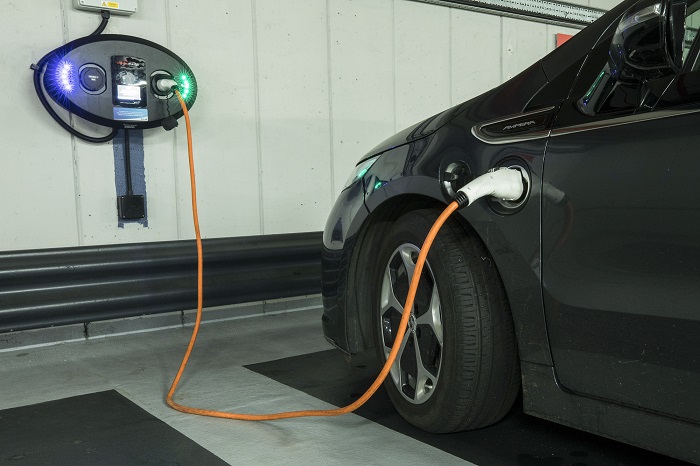 South Korean carmaker Kia expects India to sell two lakh electric cars annually by 2025 with an estimated penetration of about 5% to the total passenger vehicle sales, a senior executive of India’s fastest growing car company told. He also lists out key drivers of growth as government investments in charging infrastructure, PLI scheme and the consumer mindset.

“In Europe and China, one of the reasons for the faster adoption of EVs is the government’s strong regulatory policies and its huge investments for EV infrastructure development. So, it depends on the government. I don’t know the exact time but if the Indian government does the same thing, I hope that the EVs will reach peak adoption in the next 3-4 years,” MyungSik Sohn, Chief Sales Officer, Kia India, said in response to a query on the sidelines of its EV6 launch.

Lauding the government’s push to e-mobility, he added, “The government has introduced the PLI scheme and OEMs have applied for it. If everything goes well, the car market in India is expected to clock 4 million sales volumes in 2025 with about 5% penetration (2 lakh units) of EVs.”

Globally, Europe is the carmaker’s best-selling market for EVs with products like Niro and EV6.

On Thursday, the South Korean carmaker which sells four ICE products in the Indian market, debuted in the EV space with the launch of its global product EV6 priced in the range of INR 59.95 lakh and INR 64.95 lakh. The company said it has received 355 bookings for the new model, however it had only allocated 100 units through the completely built units (CBU) route.

Deliveries of the 100 EV6 units are set to begin from September and due to the global supply chain constraints, Kia said it cannot share a definite timeline for delivering the extra 255 bookings. “We are under negotiations with our suppliers and they have promised us more than 100 units. Let’s hope for a good news from them,” Sohn said.

The company has opened 15 EV dealerships in 12 states of the country and aims to cater to its EV6 customers by installing a 150kW charger within each of the dealerships, which will also be open for customers of other OEMs.

“There are some bookings from the countryside as well but we have clearly informed our customers that we do not have the infrastructure in those locations. However, there are some customers who come from small towns but have to drive through the cities so they are comfortable and we are giving them an option to buy,” Hardeep Singh Brar, VP & Head- Sales & Marketing, Kia India said.

India focus
Specifically for the Indian market, Kia India confirmed its plans of developing an India-centric EV in RV body type to be launched by 2025. The country is expected to have EV products from other carmakers like Maruti Suzuki, Hyundai, Tata Motors, Mahindra & Mahindra by that time.

According to Brar, the overall car market in India is expected to clock about 3.5 million units this year and electric four-wheelers are expected to constitute about 2% or 70,000 units of them. By 2030, the estimate for the market stands at about 5 million units growing at a rate of 5% CAGR, and electric four-wheelers penetration at 30%. “It has been a slow start but the EV growth story in India is positive.”

Kia’s product portfolio in India in the ICE category includes four models- Seltos, Sonet, Carnival and Carens.
The South Korean carmaker said its parent company, Kia Corporation will be launching 14 battery electric vehicles (BEVs) by 2027 across global markets. For this, it will invest about USD 22.22 billion in its business operations over the next five years. “A part of this investment will be made in developing products that will be sold in India and in setting up infrastructure,” it said.

Kia Corporation is targeting a 6.6% global EV market share and 25% share of its sales from EVs by the end of 2025.