More
HomeEV NewsIntroduction of 5G will Affect the Growth of EVs... 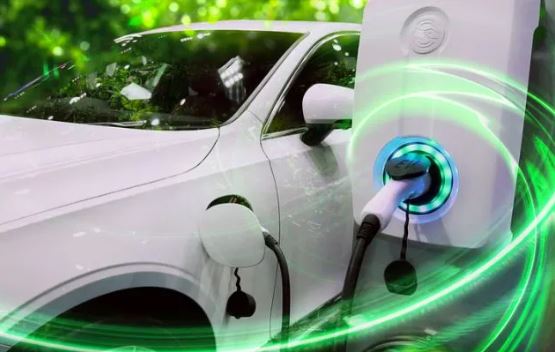 The introduction of 5G bandwidth will impact the uptake and spread of connected technologies as well as the market for electric vehicles as new dimensions in the automotive sector emerge.
The ecosystem’s core component is connectivity, which presents a significant opportunity for telecom carriers as well. After the traditional car industry suppliers, the software businesses entered this market, and now the telecom companies are joining the group of automotive industry suppliers.
According to Siddharth Talawadekar, Business Head – IoT, Airtel, connected vehicle capabilities provide consumers with a sense of control over their vehicles and add another degree of transparency.

“As a telecom operator, we play a pretty important role. The Internet of Things platform has a connectivity layer that tightly interfaces with vehicle OEMs and tier-one suppliers. An entire ecology is what we’re attempting to create. Therefore, it is not just about the IoT platform’s connectivity but also about other companies, such as payment banks or content. Many of these support this ecosystem by acting as facilitators. Additionally, there is a chance to combine them all and present them as a bouquet, the speaker added.
Ram Rajappa, Chief Technology Officer at Greaves Electric Mobility, said while discussing data and user experience, “One of the main aspects would be giving more personalized powertrain configuration depending on the usage pattern or location-based services.

The configuration of electric vehicles is far more flexible over the air than that of ICE vehicles. Therefore, there is a huge chance to preserve the user experience. Before the consumer sees a total system shutdown, a lot of prognostics can be performed and faults can be found. Dr. Shankar Venugopal, Vice President of Mahindra & Mahindra, who has similar views on EVs, claimed that linked technologies will make it simpler for customers to switch from ICE to EV even without opting for a bigger battery and paying more for it.

When it comes to linked technology, the role of a tier-1 provider is evolving from being merely a box provider to a technology provider, according to Kartikeya Joshi, Vice President & Head – Product Planning, at UNO Minda Group. It is not just about selling products, but also about selling services; there is ecosystem orchestration in addition to hardware, software, and services. Recent estimates indicate that more than 41% of newly registered cars have linked features, and that number will rise to 96% by 2030. Others are motivated by the user’s desire to make the automobile smarter, while others of these are driven by rules.

“In my opinion, connected technology is similar to a horizontal facilitator to all the macro trends present in the automobile industry, and we at Minda notice that these technologies are being adopted more widely in India as well, albeit there are a few issues that still need to be resolved. Their acceptance will be fueled by the three major megatrends of safety, electrification, and personalization, according to Joshi.
Airtel’s Talawadekar believes that 5G will be a fantastic enabler for this entire ecosystem.
Additionally, it will contribute to increasing the operational efficiency of the production process as well as the proliferation of connected vehicle features.

For instance, the development of a digital twin can lead to increased automation.
By using 5G, it will be possible to perform superior quality control on assembly line procedures and general safety precautions inside the production setup.

A strategic agreement to deploy a 5G solution at Mahindra’s Chakan manufacturing complex was recently announced by Bharti Airtel and Tech Mahindra. The number of linked gadgets will increase significantly in order for a vehicle to communicate with the surrounding infrastructure. According to Talawadekar, 5G can effectively support 10 times as many devices in a space of one square kilometer.

Ram Rajappa, Chief Technology Officer at Greaves Electric Mobility, shared his thoughts on the impact of IoT, stating that brake systems or any other electromechanical systems can play an important role with IoT-activated functionalities where control measures can be done and adequate warning service alerts can be provided to the consumers. He also emphasized the need for cybersecurity.
UNO Minda Group’s Kartikeya Joshi stated, “Cybersecurity needs to be viewed in terms of all three elements. The first is adding hardware, followed by networking and cloud services.

“We have implemented cybersecurity with one of the OEMs, and it’s a pretty thorough exercise that begins with performing a threat analysis and risk assessment. To make sure it happens, you identify cybersecurity goals and concepts for the car, start with the design, and choose components from the hardware, software, network, and cloud.