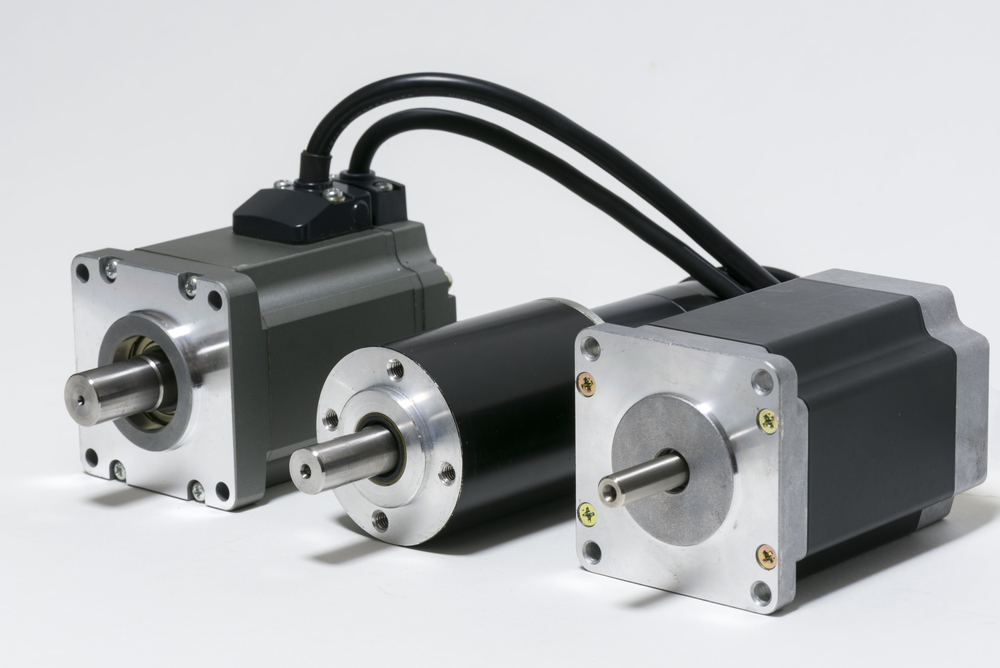 Wide bandgap (WBG) semiconductors in silicon carbide (SiC) and gallium nitride (GaN) materials are hailed as enabling a step closer to the ideal switch in power conversion applications, with lower static and dynamic losses than silicon MOSFET or IGBT technologies. Other advantages are often mentioned, such as higher operating junction temperature and better material thermal conductivity, at least in the case of SiC.

On the top of that, SiC is superior to silicon (Si) in thermal conductivity performance. In the area of motor control, these benefits would seem to be particularly attractive, not only because of potential energy savings but also because of the consequent cost, size and weight reductions of drive electronics that might be possible.

Inherent limits to normalized conduction loss and breakdown voltage certainly favor SiC and GaN (see figure below). But choices are never clear-cut in power electronics, and the incumbent IGBT and MOSFET technologies are continuously being improved as sales grow. It’s worth taking a step back to consider when and if the switch to WBG makes sense and then whether SiC or GaN is the way to go.

There’s a lot to like about IGBTs in motor control, especially at high power, where their near-constant saturation voltage keeps conduction losses low and approximately in proportion to the power transferred to the motor. The power dissipated during switching transitions is high though, particularly on switch-off. This is due to tail “current” as minority carriers recombine, but the switching frequency of motor controllers is typically very low so the loss can average to relatively low values. Indeed, tail current and saturation voltage trade-off in IGBT fabrication so device loss can be optimized for the typical motor pulse-width modulation (PWM) frequencies of 10-20 kHz. Reverse conduction or commutation with inductive loads or for bidirectional power conversion is handled by a parallel diode, often a SiC type and co-packaged. Perhaps the biggest advantages of IGBTs are their low cost and proven robustness, if only from the thermal mass of their large die.

Si MOSFETs have their place in motor control

At relatively low power, up to a few kW and to around 1200 V, Si MOSFETs are often used in motor control, with power dissipation during switching edges much lower. The motor still dictates the optimum PWM frequency though and at 10 kHz or so, the switching loss advantage is not huge. Some high-speed, low inductance motors do however benefit from higher PWM frequencies, with reductions in current ripple and improved responsiveness.

Conduction losses depend on MOSFET on-resistance and scale with the square of the current, so quickly become unacceptable as power rises. But the dissipation proportional to the square of MOSFET current brings the advantage – for the applications where load profile is such that most of the time motor operates in lower or mid-power range, relative to maximum power e.g. traction drive, MOSFET will have benefit in conduction losses comparing to IGBT having almost constant saturation voltage over collector-emitter. Devices can be paralleled to reduce resistance and they do have the advantage of an intrinsic body diode that can be used for commutation and bidirectional operation. What’s more, the channel itself can conduct in reverse under gate control for even lower losses.

How the switch technologies stack up

The WBG pros and cons

So, what do WBG devices bring to the party? Figure 1 shows that conduction losses can be lower than Si MOSFETs for the same die area and voltage rating due to higher material critical breakdown voltages allowing shorter channels. The better electron mobility of GaN also reduces on-resistance. At low to medium power, the conduction loss with current devices can also be lower than with IGBTs. For example, at say 50 A, an IGBT might have 1.5 V saturation and dissipate 75 W while turned on. A SiC MOSFET or GaN high electron mobility transistor (HEMT) cell with an on-resistance of 30 milliohms would dissipate the same, as mentioned above. That figure is easily achieved today by devices at 1200 V, such as the onsemi SiC MOSFET NTC020N120SC1 rated at 60 amps with 20 milliohms as a bare die.  These MOSFETs can be paralleled for better performance still. This resistance is at 25°C though and increases with temperature. As with silicon, a SiC MOSFET has a body diode. It is very fast and has low reverse recovery charge, but shows a higher forward voltage drop than silicon, so its conduction time must be minimized in the “dead time” before the channel is forced to conduct in reverse by the gate drive.

GaN devices promise the same dramatic improvement in specific on-resistance and conduction losses compared with silicon. However, they are currently limited to around 650 V rating with their planar construction, built as HEMT cells. Vertical trench construction is being investigated for higher operating voltage, but this has technical challenges when the substrate is silicon, which is necessary to keep costs low. There is no body diode in GaN lateral HEMT cells. Reverse conduction does occur through the channel with effectively zero reverse recovery charge, but with a high and variable volt drop. The voltage drop depends on the gate threshold and any negative gate drive voltage used.

Gate drive for both SiC MOSFETs and GaN HEMT cells is quite critical, with a low threshold for both. GaN requires a small current drive for the on-state with a low maximum voltage of around 7 V. SiC needs around 18 V for full saturation, close to its absolute maximum, which can be around 22 V. (Note that actual values depend on the specific SiC technology). Appropriate gate drive layout is therefore important to avoid overvoltage stress from parasitic effects such as ringing due to connection inductances resonating with gate and stray capacitance. Any common inductance to the gate and source connections can also cause spurious and potentially catastrophic turn-on with high di/dt (see Figure 2). Miller capacitance can have a similar effect for high dV/dt. In motor control applications, edge rates are often deliberately slowed to avoid motor winding stress and excessive EMI. Common mode currents through motor frames to ground from high di/dt can also cause mechanical wear.

It can be said that the sensitivity to layout and gate drive is problematic, but dedicated gate drivers can be used for an easier solution. As integrated power modules become available, the difficulties are already solved. External effects are less predictable, however, and WBG device immunity to abnormal conditions has to be considered, such as load over-voltages and short circuits, often present in motor controls. SiC MOSFETs have an avalanche energy rating, but the dependable value is still being established from testing and field data. GaN HEMT cells have no avalanche capability and will instantaneously fail with overvoltage. Manufacturers do compensate, however, with a generous margin between rated and absolute maximum values. Evaluation of short-circuit capability for WBG devices continues, with reasonable figures achieved of a few microseconds before failure. There is some observed slow degradation of devices and threshold voltage shift with over-current events, which may be a concern in some applications.

For the lowest loss, WBG is the way to go

As technology advances, WBG devices can be selected from commercially available ranges to yield lower conduction and switching losses in motor control applications than IGBTs and Si MOSFETs at increasing power levels. Although unit costs are not yet on par with the older technologies for the same headline ratings, energy savings from WBG devices can be a decisive factor, with the reduced heatsinking size, weight and costs are additional systems savings. SiC MOSFETs are leading the way in new motor drive designs with their higher voltage ratings and resistance to voltage and thermal stress, but you might consider GaN for lower voltage/power applications where the lowest losses can be achieved.