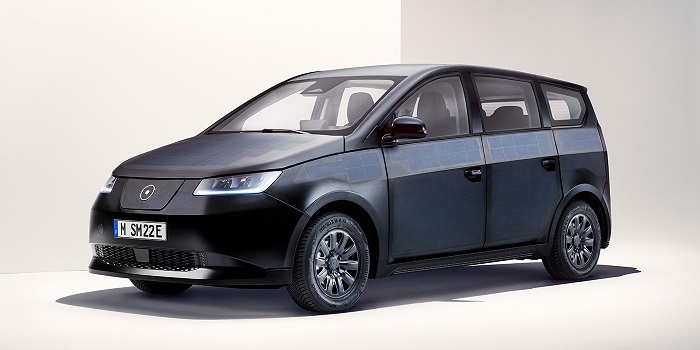 Introduced in 2017, the Sono Sion is the world’s first solar electric vehicle. Now, the company reports that over 20,000 reservations were made for the Sion as of September 1, 2022.  The company expects the Sion to become the world’s first Solar Electric Vehicle (SEV) for the masses.

The Sono Sion’s production is projected to commence by the second half of 2023. Sono Motors’ partner Valmet Automotive in Finland will handle the manufacturing/production. After the ramp-up period. Sono aims to produce around 257,000 Sion vehicles within seven years.

Unlike the Genesis Electrified G80 and its solar roof, almost every flat surface of the Sion comes with solar panels: the hood, the roof, the fenders, the quarter panels, and the hatch. Only the front end doesn’t come with solar cells, and that’s because it needs to be relatively cheap to replace in case of an accident.

In total, the Sion comes with 456 solar cells, which should be good for 112 kilometers of free range every week. That could double (or more) in areas where the sun frequents the sky.

Beyond the solar power, the Sion comes with a 54 kWh battery pack that can propel the vehicle up to 305 km on the WLTP test cycle. Charging the small battery is capped at a mere 75 kW, though it also comes with bi-directional charging that can turn the car into a mobile power station with up to 2.7 kW output.