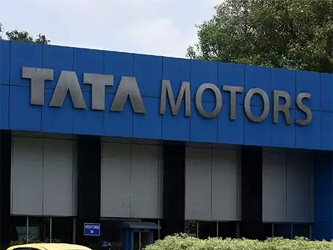 It’s a close contest between Tata Motors and Hyundai India for the number 2 spot in the domestic market. Twice — in December 2021 and May this year — the Indian carmaker overtook the Korean auto giant in sales, with the difference between the two firms a slender 23,939 units from December 2021 till November 2022.

Going forward, Hyundai’s 15-year perch at number 2 spot could get precarious if its meagre presence in the electric vehicle segment — the main driver behind Tata’s success — continues. Currently, Hyundai has just one EV in the market, the Kona, which has sold only about 1,200 units since its launch in July 2019, with average sales of 50-60 units every month, compared to an average 3,400 electric cars sold by Tata Motors per month.

In contrast, Tata has the Nexon EV, Tigor EV and Nexon EV Max, which contribute 7.8% to its total sales, and have collectively shown a 30% increase in sales since December 2021.

Tata looks to be in a stronger position in the EV space in the coming year too, reportedly with two launches — the Altroz EV and the Punch EV. Hyundai India will bolster its EV bouquet with the Ioniq 5 electric car, bookings for which will start on December 20, and launch soon after its showcase at the Auto Expo in January 2023.

Shailesh Chandra, managing director, Tata Motors Passenger Vehicles and Tata Passenger Electric Mobility, had told FE recently that the demand for all Tata cars remains strong. “All our models are leaders in their respective segments, forming a portfolio that is rich in selections, ranging from smart trim choices to strong powertrain options,” he had said. Also, while the global semiconductor shortage negatively impacted supply chains of most carmakers, Tata Motors was able to find solutions to keep the production momentum going, Chandra claimed.

“The demand for SUVs is rising and Tata Motors has a great line-up in the Punch, the Nexon, the Harrier and the Safari. The Altroz premium hatchback is selling well too, and the carmaker is getting additional volumes of 3,000-4,000 units just from its EV business (which others don’t have),” an analyst who did not wish to be named told FE.

But Gaurav Vangaal, associate director, Light Vehicle Forecasting, S&P Global Mobility, is of the opinion that though Tata Motors plans to bring in more car models next year, including electric, it is struggling with its launch timelines. “Hyundai India, on the other hand, is sticking to its product launch timelines, and will launch two new models in 2023, which are expected to give the Korean carmaker an advantage over others,” he said.

But Tata Motors will remain an electric car leader by far. Last month, it rolled out its 50,000th electric car from its Pune facility. Chandra added that celebrating the 50,000th electric car in India is a strong testament to how the carmaker’s portfolio is resonating with people across the country. “Electric cars are offering a practical solution to problems of rising fuel price and worsening pollution. Customers are now ready to welcome electric cars and we are thrilled to witness the transition from early adopters to electric cars becoming a mainstream choice for Indian customers,” he said. The carmaker hopes that its electric car sales with only rise, what with it entering 80 new cities in the past few months, expanding its electric car network to more than 165 cities.