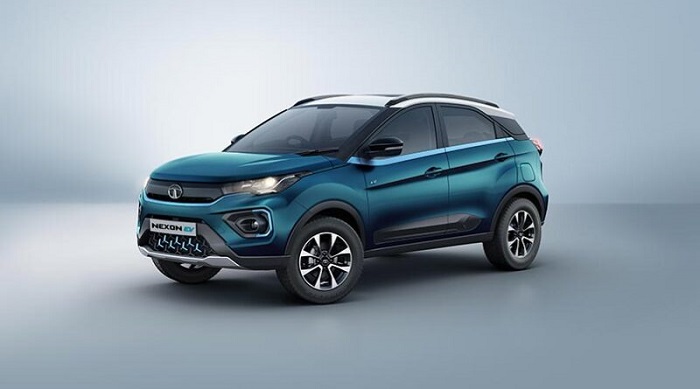 Tata Motors is looking to drive a range of electric vehicles across various price points with multiple body styles and features in order to cater to a wide range of customers across segments, as per a top company official. The homegrown auto major, which currently leads the domestic electric passenger vehicle segment by a distance, plans to cater to different sets of customers with products from its three distinct platforms.

The company has gone ahead with a three-pronged approach for EV architecture.

With first-generation products like Nexon EV and Tigor EV, the company has been able to bring in one set of customers, while the recently showcased SUV coupe concept CURVV is expected to bring in another set of buyers into the company’s fold.

Similarly, the more aspirational architecture AVINYA is expected to cater to a more discerning set of consumers beginning in 2025.

“Each of these products will have their own compelling proposition…we are going to cater to all kinds of customer segments, and their requirements at different affordability levels, body styles, feature levels, and different levels of experience,” Tata Motors Passenger Vehicles Managing Director Shailesh Chandra told PTI in an interaction.

The company expects each of these product trims to achieve critical mass in the market, he added.

Last week, the company unveiled its all-new electric vehicle architecture on which it plans to introduce multiple advanced EVs starting from 2025.

The home-grown auto major aims to drive in multiple body styles on the AVINYA Concept, which is based on its GEN 3 architecture.

The new electric models will come with an enhanced range of over 500 kms and above. They will also feature new-age technologies, software, and artificial intelligence.

The first generation products like Nexon EV and Tigor EV were derived from existing products with a range of around 250 km.

According to Chandra, the second generation products are based on adapted architecture, where an internal combustion engine model is taken and made more suitable for electrification.

The recently showcased SUV coupe concept CURVV represents the second generation of products, which is expected to deliver a 400-500 km range on a single charge.

Chandra noted that the company is driving its electrification strategy following the government vision that EVs should account for 30 per cent of the total passenger vehicle sales by 2030.

Chandra noted that the government policies have been able to create an enabling environment for the growth of the electric vehicle industry.

“If we talk about the FAME scheme, state incentives, waiving of registration charges and road tax by many states, low GST rate and other recently launched schemes are all very very supportive policies and on the back of these, companies like us are making compelling products for the customer,” he noted.

Chandra said that the rapid growth of the EV segment over the last few years is proof that such vehicles are being accepted by consumers.

“Electrification has increased 10-11 times in the last three years. It has grown nearly five times for Tata Motors. So, going by this data it is clear that the sector is witnessing sharp growth in adoption. As all the barriers are being addressed, I think there is a very speedy adoption that EVs are witnessing. Earlier, EVs were not considered as an aspirational product, but now the situation has changed,” he stated.

Chandra noted that all manufacturers have to focus on doing the “right things” to churn out products that are safe for the consumers.

“If you see global data, EVs are the safest powertrains. There is very little chance if the product is well designed and validated that you will ever get such kind of incidents (fires). So, I think all the manufacturers will have to start focusing on doing the right things,” he noted.

He was answering a query on the overall impact on the EV segment due to the various fire incidents reported recently in certain electric two-wheeler brands.

When asked if such incidents impact buyer sentiment, Chandra said: “It does impact, and therefore there should be a coordinated effort among them (companies) to better focus on ensuring that the design is robust”.

He further said: “I am sure that with all the work that different players are now doing in terms of understanding what changes have to be brought in the design, I think it is just a phase we are going through and there will be the robustness of design…They (the two-wheeler industry) have been putting in the effort. So, it is going to be fine because EVs are much safer as compared to petrol, diesel or hybrid powertrains”.

Tata Motors plans to invest Rs 15,000 crore in its EV business over the next five years.

The company reported 353 per cent growth in its EV sales last fiscal compared to 2020-21.