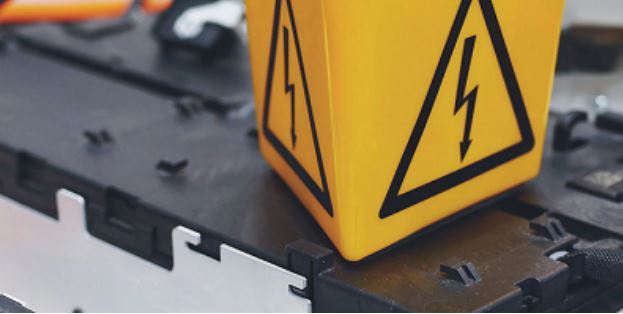 The world has committed to making changes to limit global warming to below 2, ideally to 1.5 degrees Celsius, in comparison to pre-industrial levels. To achieve this goal, all industries, and global regions must play their part in reducing their emissions.

As a solution to drastically cut the transportation sector’s carbon emissions, electric vehicles are being increasingly adopted.

This growth in electric vehicle popularity has led to increasing demand for lithium-ion batteries. It is estimated that the global stockpile of these batteries will reach over 3 million by 2025, up from 2018’s 44,000. This poses the industry with a new problem: producing and disposing of high volumes of batteries, which undermines the sustainability of electric vehicles.

When a battery for an electric vehicle reaches 70% capacity, it is considered to be at the end of its life. However, these batteries still have applications in the green economy. They can be used in the following applications.

Hot topics in second-life batteries generally focus on overcoming some of the industry’s key challenges.

By 2025, there will be 250 new electric vehicle models, with batteries produced by over 15 different manufacturers. Without industry standards, there is no guarantee of the quality or performance of these batteries, an issue that could jeopardize the future of the second-life battery market.

To overcome this issue, some electric vehicle manufacturers are designing their vehicles with second-life applications in mind. Companies include Nissan and GM Motors.

We will likely see more companies follow suit in the future, particularly while the industry needs necessary regulations.

The global second-life battery market was valued at $252.2 million in 2021. The market is expected to grow rapidly over the next decade, advancing at a predicted CAGR of 44.7% between 2022 and 2031. By the end of this forecast period, it is estimated to reach a value of $9.93 billion.

Key market drivers over the next decade will be the growth in the electric vehicle market and the increasing importance of environmental protection.

Emerging countries that have signed the Paris agreement, such as India and China, will be looking for ways to decrease their carbon footprint by reducing their dependence on non-renewable energy. This will also be a key market driver.

The power backup segment accounts for the greatest share of the market (47%), and Asia Pacific represents the market’s most lucrative, accounting for 36.9% of the market in 2021. This share is predicted to rise over the next decade, with China accounting for much of the activity in this region.

The North American and European markets will likely grow at a moderate pace in the coming years, with the rise in demand for energy storage and enhanced emphasis on environmental protection particularly driving the market in these regions. The US currently accounts for the largest share of the market in North America, although demand in Canada will likely increase at a faster pace.

Key players in the global market include:

The second-life battery market is still relatively new and is expected to see rapid growth in the next decade. This will bring significant changes to the industry. For example, as the cost of new li-ion batteries begins to fall, second-life batteries will need to remain competitive, this will likely require companies to industrialize and scale remanufacturing processes. Studies have indicated that second-life battery companies will remain profitable only in regions where manufacturing and labor costs are low, while productivity remains high.

As discussed above, there is a standard and regulatory deficit. In the coming years, this will likely be addressed by global agencies and private sector coalitions. For example, the European Parliament is currently working on new rules.

The second-life battery market is rising, and partnerships are being established around the globe between all invested parties, including battery manufacturers, electric vehicle makers, and recyclers, to help set up a circular battery economy that benefits all.

The market will likely play an essential role in decarbonizing the transportation sector.

Previous articleARCI Establishes a Pilot Plant to Test a Class of Inexpensive Magnets that might make EVs more cheap.
Next articleGreaves Electric Mobility to Accelerate EV Development with Siemens Xcelerator

How Vehicle Electrification is Evolving Voltage Board Nets