What is Electric Vehicle Supply Equipment? 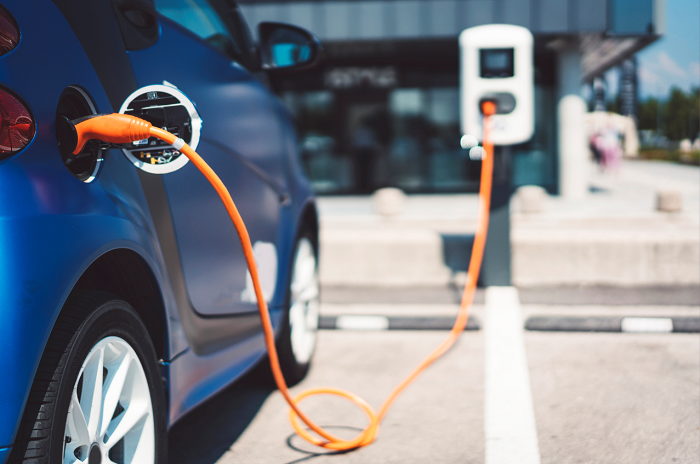 You may have never heard the acronym “EVSE” —electric vehicle supply equipment — but you’ve certainly heard of its more common name: electric vehicle charging station. While the two monikers may point at the same object, they carry different connotations. EVSE is more accurate (we’ll explain why momentarily) and tends to be more inclusive of the component parts that make up an EVSE — which probably makes you wonder: What, exactly, goes into an EVSE?

The Anatomy of EVSE

“[Devices that] provide electric power to the vehicle and use that to recharge the vehicle’s batteries. EVSE systems include the electrical conductors, related equipment, software, and communications protocols that deliver energy efficiently and safely to the vehicle.”

The first sentence is easy enough to understand. It’s the second that’s more important for us: EVSEs aren’t simply plugged you stick into your EV to keep it humming on down the road. Their various components are an important part of what makes them work, and any understanding of EVSEs as a whole requires understanding, on a basic level, those components.

The enclosure can take several forms, ranging from wall mounts to the towers you see by some gas stations. Often, the enclosure also holds the main relay, which switches power to the vehicle on or off, a control module that manages the relay, and a power supply. In some advanced cases, they may have an interface as well.

It’s the plug that is, sometimes, the most confusing part. Different charging stations use different plug connectors. Usually, which ones you’ll find are decided by both the region you’re in and whether the station is a level 2 or a level 3. But, generally, they all have the same components and pins, if in different arrangements. An article by Mouser has a helpful graphic explaining this if you’d like to see it upfront, but these components are: a latch, a ground, a line 1, a line 2, a control pilot and a proximity pilot.

As mentioned, however, they come in many different forms. Often these have opaque and arcane names, like the J1772, the Type 2, the CHAdeMO and the Type 2 Combo. As a result, some EVSE manufacturers build charging stations with a wide variety of connector types, and EV owners carry adapters with them…just in case.

How Does EVSE Work?

Despite the (misleading) moniker of “charging station,” EVSEs don’t always charge the car’s battery. The actual charging is done inside the vehicle. Here’s how it works:

When the charging cable is plugged into the EV, the control module analyzes the connectors on the plug to make sure it’s properly connected, that the car is ready to charge and that the charging station is in working order. If it’s all green, then the main relay powers the cable connected to the car. If the latch on the plug slips, it disables it to prevent arcing. Much of the behind-the-scenes stuff here is managed by software and communications protocols.

What happens next is determined by whether you’re using alternating current (AC) or direct current (DC) charging. Generally speaking, what actually powers the vehicle is DC power. When you’re using an AC charger (which still makes up the majority of connector types), you aren’t actually charging the battery. You’re charging an onboard charging system inside the electric vehicle (EV), which then converts that power to DC electricity and sends it to the battery. If you’re charging with DC power, this isn’t necessary. Instead, the power goes straight to the car’s battery.

Understandably, DC charging is faster and, in fact, makes up the bulk of higher-end level 3 chargers. The problem is that DC charging devices are also more expensive.

Whichever one you use, the process finishes here. You have a charged battery; you can unplug from the EVSE and go on your merry way.

Codes, rating systems, and standards come in two forms where EVSEs are concerned: those aimed at locales in order to encourage and facilitate the installation of EVSEs and those aimed at EVSEs themselves, to ensure interoperability and consistency quality. The former is generally aimed at infrastructure. The latter often includes amperage requirements, quality control for grounding cables and communications protocols to make sure that there is as little friction as possible when charging these vehicles.

To cover all the standards, codes and rating systems relevant to this topic would take a full encyclopedia. It’s important to look at those that govern your locale and the devices you’re interested in to learn more, as they’re often determined by where you are. For a brief but thorough primer, feel free to look through this document by the National Renewable Electricity Laboratory.

Closing Words: Why the Market Must Continue Development

EVSEs have grown quite a bit, even over the last half-decade. But, as it stands, they still have some growing to do. Primarily, this development is needed in the area of speed. Even the fastest chargers can still take a half-hour to top off an empty battery. Many drivers — especially in the United States — are already worried about the prospect of being stuck somewhere without a charge or delaying their trip. For EVs to render fossil fuel vehicles totally obsolete, they’ll need to meet their level of convenience. And to do that, they’ll need to be able to charge a car in a flash.

More than that, continuing development in EVSE technology will, naturally, bring down the prices of those devices that once were at the cutting edge. This means that another obstruction to the wide adoption of EV technology — price — will also fade away.

To continue the journey to full adoption of EVs nationwide, innovation can’t only come from the cars themselves. So if we want to move forward, it’s important to pay attention to EVSEs as well.

Previous articleOpenADR: Knitting Maze between EV Fleets and the Grid
Next articleServotech presents Charging Infrastructure Lucrative for Propulsion of E-mobility