More
HomeEV NewsWith 30% of EVs on the Road, Uttar Pradesh...

With 30% of EVs on the Road, Uttar Pradesh and Delhi are at the Forefront of India’s EV Revolution. 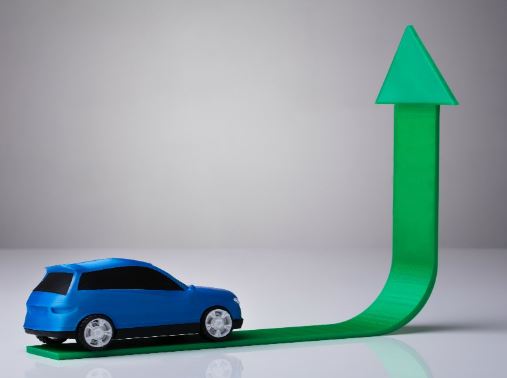 Nitin Gadkari, the Union Minister, claimed that there are more than 18 lakh electric vehicles registered in the nation, with Uttar Pradesh, Delhi, and Maharashtra emerging as the top-selling states for EVs.
The most EVs have been registered in Uttar Pradesh (4,14,978), followed by Delhi (1,83,074) and Maharashtra, according to the road transport and highways minister’s written response in the Rajya Sabha (1,79,087). In addition, according to Gadkari, Maharashtra has the most operational public EV charging stations (PCS), with 660, followed by Delhi (539) and Tamil Nadu (439). He stated that there are 5,151 functioning public EV charging stations in India.

According to Gadkari, the use of the electronic fee-collecting system has greatly reduced traffic at toll plazas along motorways.
He explained that the National Highways Authority of India (NHAI) is working to implement a barrierless user fee collection system based on cutting-edge technologies in order to remove any congestion along national highways. He also mentioned that NHAI had appointed an organization to conduct a thorough study on Automatic Number Plate Recognition (ANPR) technology. The minister claims that portions of the Delhi-Meerut Expressway have had the ANPR-based system implemented as a test project.
According to the entry and exit of the cars as recorded by ANPR cameras, the applicable user fees are subtracted from FASTags in this system.

Out of 53 packages totaling 825 km in length in Uttarakhand for the Char Dham road project, 43 packages totaling 683 km have been approved, according to Gadkari.
“Out of these, 21 packages totaling 291 kilometers in length are finished. 2 packages have not yet been given, 1 package has been de-sanctioned, and the remaining 19 packages, totaling 366 kilometers, are in various stages of completion “Added he.
The original target date for finishing the Char Dham road project was March 2022.
However, the program was delayed mostly because of court battles over clearing forests and protecting the environment.

Previous articleIndian Researchers Create an Unique Magnet that could Lower the Price of EVs.
Next articleWill the EV Market in India Witness a Breakthrough in 2023?