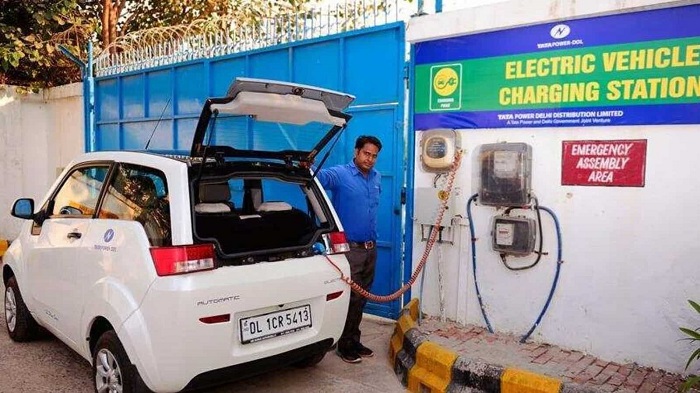 The sales of EVs have shot up since the implementation of the 2020 EV Policy in the national capital with over 40 percent of these vehicles sold after the policy came, according to official data. Since 2020, September 9 is celebrated as World EV Day.

According to official figures, the total number of electric vehicles in the national capital stands at over 1.64 lakh, out of which 67,063 electric vehicles — till August 31 — were purchased after the official EV policy was implemented in 2020. The major chunk of EVs now being purchased is two-wheelers, for their being economical and pocket-friendly, according to officials.

Delhi Transport Minister Kailash Gahlot in a video message lauded the Delhiites for adopting electric vehicles. He said that the more electric vehicles on the roads of Delhi, the more will be the decline in pollution. The minister said that ever since the policy has been implemented, thousands of people have availed subsidy and road tax waivers.

“Under the guidance of CM @ArvindKejriwal, Delhi is driving towards a greener future. Backed by one of the best #EVPolicy, it is smoothly switching to EVs. On this #WorldEVDay, let’s pledge to make Delhi synonymous with #EV, let’s make it an #EVCapital,” he tweeted.

This year alone, till now, 9.37 percent of the total vehicles registered in Delhi were electric vehicles as opposed to 5.83 percent of CNG vehicles, it said. According to officials, the real responsibility for pushing the electric vehicle boom lies with the OEMs (Original Equipment Manufacturers).

“The government has provided the legal framework for EVs but the OEMs will have to take the responsibility for making reasonable, affordable, and good quality products and those that provide a good distance in a single charge,” said an official.

The Delhi government has offered an incentive of nearly Rs 100 crore on electric vehicles under its ambitious Electric Vehicle Policy launched in 2020, the highest by any state, it had said last month.