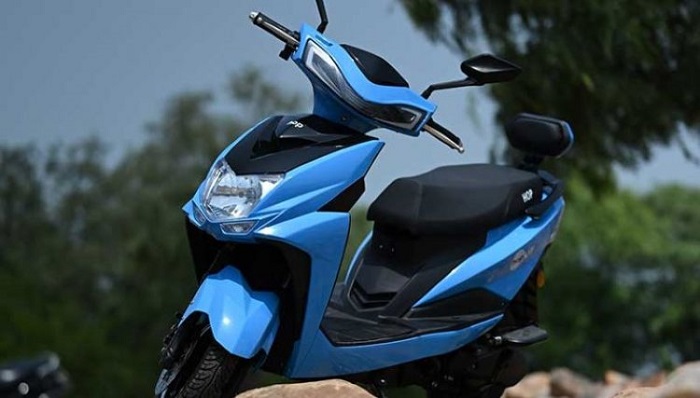 HOP Electric Mobility plans to invest up to Rs 200 crore next year on new products, setting up charging infrastructure, and creating additional production capacity, according to company Founder & CEO Ketan Mehta. The startup on Monday launched its high-speed electric-motorcycle HOP OXO with prices starting at Rs 1.25 lakh, is also setting up an electric vehicle park at Neemrana in Rajasthan, jointly with its component suppliers.

“Cumulatively, till now we’ve invested close to Rs 50 crore in this business, and going forward we are ready to put in up to Rs 200 crore in less than next 12 months,” Mehta told. The fresh investments will go into setting up of charging network for the company’s products, which will later be opened up to other brands.

The investments will also be used on new products, including upgrading of HOP’s low-speed electric scooters to high speed, besides the EV park which will also have a new production unit, he added. The new plant at Neemrana will have an annual production capacity of 5 lakh units. The first phase of the plant is expected to be operational by mid-2023.

HOP Electric Mobility has a manufacturing unit in Jaipur with a production capacity of 50,000 units per year. “In terms of capacity, we can do up to 1.2 lakh units a year. That should be sufficient at least for the next few months to supply the motorcycle and the scooters,” Mehta said.

On the EV park, he said, “We are currently acquiring land for developing a new EV park, at Neemrana (Rajasthan) which is 60 acres.” The idea is to create an EV ecosystem where all the components and all the products are made at the same location. “The 60 acres will be utilized by us and our component suppliers and partners. We will be allocating the land then to set up their units also,” he said.

Total investment into this EV park will be jointly done by HOP and its suppliers and competent manufacturers. When asked about funding, Mehta said the company will be raising external funding through the series round. Already, it has raised USD 2.6 million out of a total of USD 10 million planned.

“We will be closing the balance of the fundraising by the end of the financial year,” Mehta said. The company’s new electric bike HOP OXO is powered by a 3.75 kWh battery pack with a range of 150 km per charge. It can be charged at any 16 Amp power socket with 0 to 80 percent charging in less than 4 hours, the company said.

It comes in two variants, OXO and OXO-X with introductory prices of Rs 1.25 lakh and Rs 1.4 lakh. The company’s other existing models include low-speed electric scooters HOP LYF and HOP LEO with prices starting at Rs 65,500 and Rs 72,500, respectively.