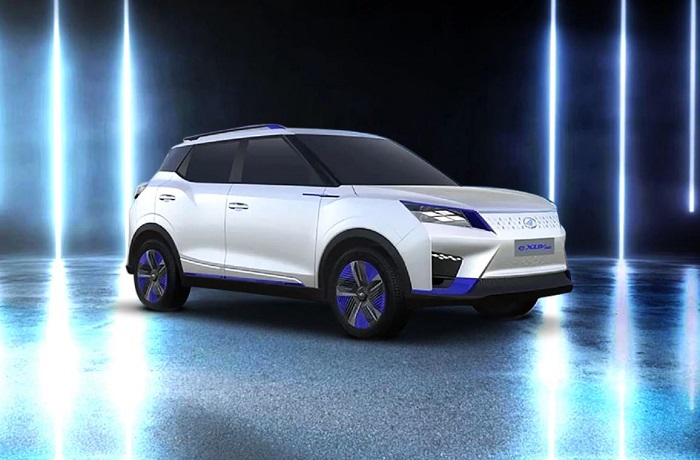 Homegrown automaker Mahindra & Mahindra (M&M) will launch the electric version of its XUV300 in the country in the first quarter (January- March 2023) of the next calendar year. However, unlike the existing ICE model, the electric version will be 4.2 meter in length. This pulls it out of the category of a sub-4 meter sized SUV.

“The new electric XUV300 will be launched in Q1 of the calendar year 2023. It will be a good sized product, being 4.2 meter in length,” said Rajesh Jejurikar, executive director, M&M at a virtual press conference to announce the Q4 FY22 financial results.

With a focus on electric vehicles (EVs), Mahindra is set to unveil its Born Electric Platform in the UK on August 15 this year. The company which aims to be the No.1 ‘core SUV’ maker in the country by 2025 has plans to launch 13 SUVs by 2027, including eight electric.

Out of the 8 electric SUVs, four will be completely new launches which can be expected between 2025 and 2027, while the other four will be based on existing products.

The core brands in Mahindra’s portfolio will remain Thar, Bolero, XUV, and Scorpio. The company manufactures its XUV300, Bolero, and Thar in the Nashik plant and the XUV700 and Scorpio in Chakan. It is also working on multiple products for the Thar portfolio. Currently, the company has a waiting period of 18-24 months for bookings of XUV700.

As of now, the only other carmaker to have unveiled it’s born electric platform is Tata Motors, which has showcased its Avinya concept for the new platform.

Mahindra & Mahindra said it will invest an amount of about INR 1,900 crore for additional capacity expansion (including EVs) for the fiscal years 2022-23 and 2023-24. With this, it aims to improve production in the coming years.

Talking about the supply chain constraints, the company’s management said, “The basic electronic control unit (ECU) availability has improved significantly as we have diversified the supply sources. The waiting period is expected to come down with the ramping up of the capacity. The worst is over but the semiconductor shortage will remain tight for this year until the capacity is built up.”

On average, the industry has a waiting period of 6-8 months for every model.

The maker of Thar and Bolero on Saturday reported a growth of 427% in its standalone profit (after exceptional items) to INR 1,292 crore in the quarter ended March 2022. The company had reported a PAT of INR 245 crore in the corresponding quarter last fiscal.