Mercedes-Benz estimates 25% of sales in India from EVs 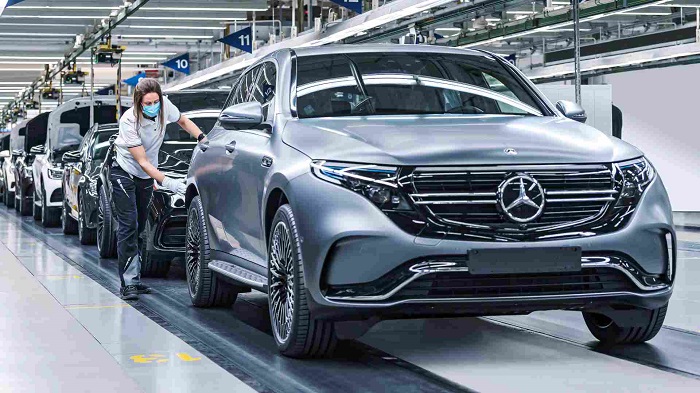 Mercedes-Benz India’s Managing Director and CEO Martin Schwenk on Wednesday said that the company expects 25 percent of its sales in India to come from EVs in the next five years. The German company’s Indian arm will be launching three electric vehicles in the next four months as part of the strategy to accelerate its electric mobility journey in the country.

Under the plan, the company launched its all-electric performance luxury sedan, Mercedes-AMG EQS 53 4MATIC, with a price starting at Rs 2.45 crore (all India ex-showroom prices) on Wednesday. It will launch the locally assembled all-electric sedan EQS 580 next month followed by a seven-seater electric SUV, EQB around November.

“We are very optimistic and we are bullish to look at around, say 25 percent of sales in the next five years (from EVs),” Schwenk was quoted as saying. He further said, “Whether it comes early or later, nobody knows but two years ago, I would not have had the guts to make that statement.”

The company had sold a total of 11,242 units in 2021, while in the first half of 2022 it registered sales of 7,573 units. However, Schwenk said the current percentage of contribution of EVs to the company’s overall sales is in the low single digit, but from next year when there will be full availability of the new electric models, it could go up to high single digit.

On the reasons for the company’s optimism in the EV segment, Schwenk said, “overall, the market sentiment, the customer expectation, our own product availability all point into a direction that we will see the successful transition into electric.”

When asked how many new electric vehicles Mercedes-Benz would introduce in India in the next five years, he said no particular number has been fixed but globally the company would have 15 models available in its portfolio by 2025 and any one of them could be considered depending on suitability and demand in the Indian market.

Mercedes-Benz India had started its electromobility drive in India with the launch of its all-electric SUV EQC as a fully imported unit in October 2020 priced at Rs 1.07 crore.
In order to support the electrification journey, Schwenk said Mercedes-Benz India will set up 140 fast charging stations this year with an investment of over Rs 15 crore along with its franchise partners.