China’s BYD ready to Dive in the Indian EV race 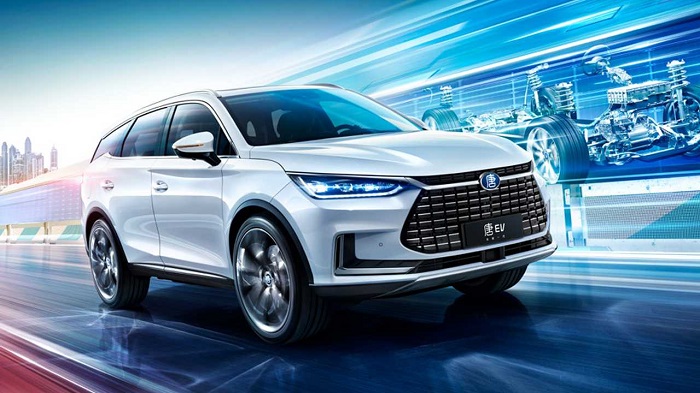 The EV market is gearing up for another new addition. In October, BYD, the world’s largest EV manufacturer, will debut in the domestic market with the launch of an electric SUV which will take on the incumbents — MG ZS EV, Hyundai Kona, and the upcoming Tata Curve.

Headquartered in Shenzhen, China, BYD – which outsold Tesla to become the world’s biggest EV company in the first six months of 2022 – is keen to have a wide portfolio of products in India, which would help it grab a 15% market share by 2030. Measuring 4.5 metres in length, BYD’s new five-seater premium SUV will have a range of 450-480km. Currently, the MG ZS EV has a range of 461km, the Hyundai Kona 484km, and the upcoming Tata Curvv will have a 400-500km range.

Prices of the BYD SUV will be shared in January to coincide with the Auto Expo, which is also when the company will unveil a range of products from its global line-up. The SUV is expected to be priced in the range of Rs 20 lakh to Rs 30 lakh. The SUV will have a battery capacity of 60 KWh, less than the capacity of BYD E6, (a multi-seater EV) having 71.7 kWh capacity. The E6 has a range of 520km.

BYD’s immediate target is to meet the installed capacity of 10,000 units per annum at its assembly plant located near Chennai. The company believes this capacity will be sufficient for the two products (E6 and a new SUV), however, it is also aware that any further additions to its portfolio and further volume requirements would mean new investments.

Sanjay Gopalakrishnan, SVP – electric passenger vehicles, BYD India, said: “By 2030 the Indian car market will reach 6 million units. Out of this, EVs will account for 30% of the market. We want to grab 15% of this EV space by that time.”

On the basis of the consumer response garnered by the new SUV, BYD will decide the future product line-up which could include different vehicle body styles. While the company has a variety of vehicle body shapes in its global portfolio, including hatchbacks and sedans, the decision on finalizing products for India will depend on consumer preference and cost, Gopalakrishnan said.

“The customer has accepted the technology that BYD has. We make our own batteries which means the customer does not have to go to any other manufacturer. We have established our presence in the bus segment already, so that will help too,” he added.

While BYD is relying on assembly operations, for the time being, its future plans include a higher degree of localization of its products to keep prices competitive. “If we have to achieve the kind of targets we have set for the next phases, we will have to look at different kinds of operations involving localization. We are working on it right now,” Gopalakrishnan added.

At present, BYD has 11 outlets in 11 cities and is targetting to have a total of 25-30 showrooms in 18 cities in the next six months