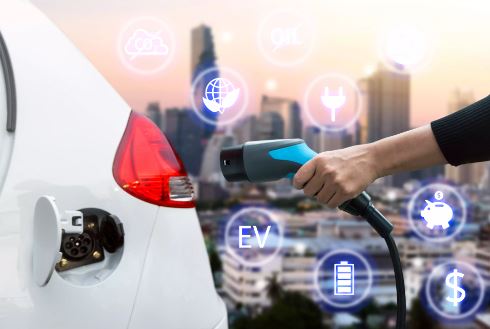 Low-selling automobile models gave automakers a lot of trouble for a while. They can now see the bright side: electrified automobiles. Automakers are reducing the price of electric versions of a number of current internal combustion engine (ICE) vehicles rather than writing them off as the demand for EVs rises.

Due to new, rigorous emission laws, automakers are forced to turn their attention to low- or zero-emission vehicles like battery electric vehicles (BEVs). The model selection for the upcoming few years is supported by this as well as the auto industry’s aim to quickly pursue an EV strategy.

Tata’s Nano and Mahindra’s KuV100 are anticipated to get their electrified iterations soon. Additionally, Maruti Suzuki is putting a price on an electric Wagon R. Companies either use the current ICE platform to minimize transition delays or design a new platform that offers optimal efficiency, which takes time and involves a longer investment cycle. A few businesses are simultaneously developing a brand-new power supply platform while also releasing power items from their current platforms.

It’s undoubtedly true that developing an ICE platform and adapting it for an EV could result in a quicker time to market. However, this may not be as efficient as it may be.

According to Shashank Srivastava, Sr. ED, Maruti Suzuki, a new platform for electric vehicles could result in an improved solution for space utilization, performance, efficiency, and other vehicle architectural modules.

With Nexon, Tigor, and Tiago, Tata Motors, a pioneer in India’s electric mobility market, has already had success converting ICE cars to EVs.
According to industry insiders, the business will probably re-release the Nano hatchback with an electric drivetrain. Platform, suspension, and exterior modifications will all need to be made significantly by Tata Motors. According to experts, the corporation will need to address issues related to safety and the cost of an electric option.

“By introducing our Gen 2 and Gen 3 EVs, Curvv and Avinya, we have demonstrated our ambitions in the EV industry. The Avinya will have a purely electric engine and embody our vision of the future of transportation, while the Curvv is anticipated to be the first vehicle to hit the market supported by our multi-electric approach” said  Shailsh Chandra, head of Tata Motors Passenger Cars and Tata Passengers.

In 2025, Suzuki intends to introduce its first BEV. Suzuki’s pursuit of hybrid technology, according to Ravi Bhatia, president of Jato Dynamics, “would help it reduce carbon emissions before it debuts its BEVs around 2025 and could help the automaker reach its ZEV (Zero Emission Vehicle) transition ambitions.”

Previous articleHow to Design an Automotive Transient and Overcurrent Protection Filter
Next articleEV Chargers: Everything you Need to Know