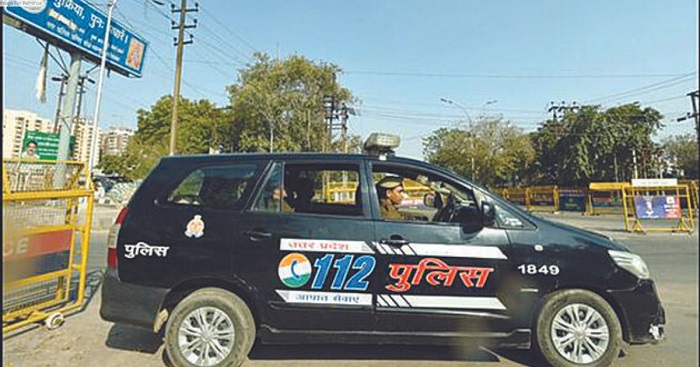 Taking a step towards electric mobility, the Noida Police has sought a fleet of electric vehicles for patrolling and other duties in city areas. Further, the police have written to the local authorities with a request for replacing over 60 vehicles with newer models, highlighting their dilapidated condition and maintenance costs of over Rs 2 crore so far. The commissionerate currently has around 400 vehicles, including those on emergency 112 services.

The request to local authorities is for the replacement of 66 vehicles that are in bad shape while the EVs have been sought from the state government in addition to the existing fleet. Police Commissioner Alok Singh said a proposal for introducing electric vehicles has been discussed with concerned government bodies and their approval is awaited.

“Electric Vehicles are the way forward and as a responsible police force, we certainly do not want to leave behind a carbon footprint. The EVs would be used for patrolling in urban areas and could also be put for other duties as suited,” the Noida police chief said.

Separately, he said his department has written to the local Noida Authority as well as the Greater Noida Authority for replacing a fleet of vehicles that were provided by them nearly a decade ago. Officials said the police have asked for the replacement of a total of 66 vehicles that are older than eight years and most of them have clocked almost two lakh kilometers.

Moreover, the police have spent around Rs 2 crore on maintenance of these 66 vehicles which now frequently report a breakdown and stay out of use, according to the letters. The vehicles that need a replacement include Toyota Innova, Maruti Gypsy, and Mahindra Bolero. At least five vehicles were taken off-road in 2020 while the rest are being used by the police in a poor condition, officials said.

“Some of the Maruti Gypsies are allotted for VIP duties. Noida being right next to Delhi and a gateway to Uttar Pradesh sees frequent VIP visits which have dignitaries in SUVs that move at a fast pace on the expressways. Imagine the old, diesel-engine gypsies trying to keep pace with the new Innovas and Fortuners,” a senior police officer said.

“The vehicles having completed their prescribed mileage, being off-road due to damage, due to excessive expenditure on their repair, due to not being operated in the interest of the state, these vehicles should be returned to the authorities and new vehicles should be provided to the Commissionerate Gautam Budh Nagar,” the letter states.

Previous articleExploring the Range of Technologies from Permanent Magnets Ltd.
Next articleTata Motors plans to introduce four-wheel drive capability in its e-SUVs