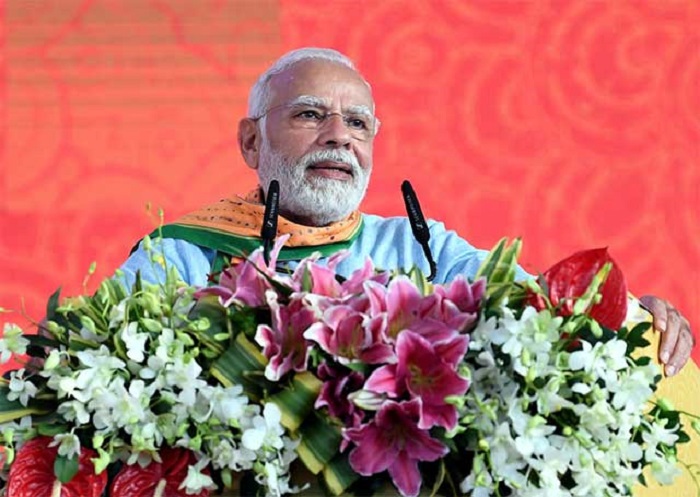 While addressing a gathering here, Prime Minister Narendra Modi said the city which already has many titles will soon be called ‘Electric Vehicle city’, given the increasing electric vehicles numbers and public charging stations.

He dedicated 25 public charging stations and laid foundation stones for 24 more and hoped that the number would increase to 500. During his two-day visit from Thursday, Modi is scheduled to dedicate and lay foundation stones for projects worth thousands of crores. It also includes the dream city project of the diamond sector, a dedicated Sewerage Treatment plant among others.

He promised to start a train from Surat to Kashi with a cargo capacity upto one tonne which will help textile industries to transport textile cargos to East Uttar Pradesh. Currently, cargoes are transported through roads. The Centre has approved a power loom mega cluster project for Surat. Once it gets functional, high-speed power looms will be operational reducing the noise pollution, said the Prime Minister.