BMW is Optimistic for its EV Sales in India 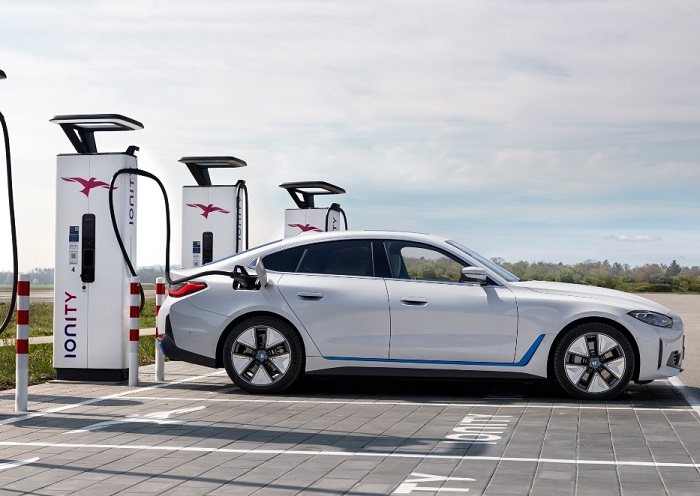 German luxury carmaker BMW is expecting electric vehicle sales to account for over 10% of its total car sales in India by next year, as it accelerates its electrification journey in the country, a top company official said.

The company, which launched its all-electric sedan i4 in India at an introductory price of INR 69.9 lakh, is confident that with the “widest electric vehicle portfolio” it will lead the charge in electromobility” in India.

“When we launched these two products, the iX, and Mini SE (electric) what we’re seeing is an approximate demand of about 5% which is really healthy… and with the i4 launching, I expect by next year, the electric demand would be over 10% of our volumes,” BMW Group India President and CEO Vikram Pawah told.

In the January-March period of 2022, BMW group had posted one of its best quarters in India with a 25.3% jump in four-wheeler sales at 2,815 units.

Stating that BMW is making sure that it provides the most diverse electric vehicles portfolio, he said, “I don’t think any brand or a company in India is offering such a diverse portfolio”.

Pawah further said, “These three cars an entirely different (in) character, attracting different clientele covering, I would say, the widest variety of customer base in electric mobility in India”.

Globally also, BMW has been pioneering electric mobility for the past 10 years, and will continue to be at the forefront, he added.

The newly launched i4 is imported as a completely built unit. It has the fifth-generation BMW eDrive technology with an integrated drive unit powered by an electric motor, single-speed transmission, and power electronics.

It has a lithium-ion battery with a capacity of 80.7-kilowatt hours.

Earlier speaking at the launch of i4, he said, “We at BMW Group are leading the charge in electromobility in India…And today I’m really excited that I’m introducing to you the first-ever electric mid-size sedan in the country”.

The i4 car has a range of 590 kilometres (on a single charge) “more than any other electric vehicle in India”, he said.

BMW i4 can be booked online at shop.bmw.in and deliveries will start by the beginning of July 2022, the company said.

As an introductory offer, the BMW i4 will come with a complimentary BMW ‘Wallbox’ charger with installation. It can be integrated at home to enable safe and convenient charging up to 11kW, it added.